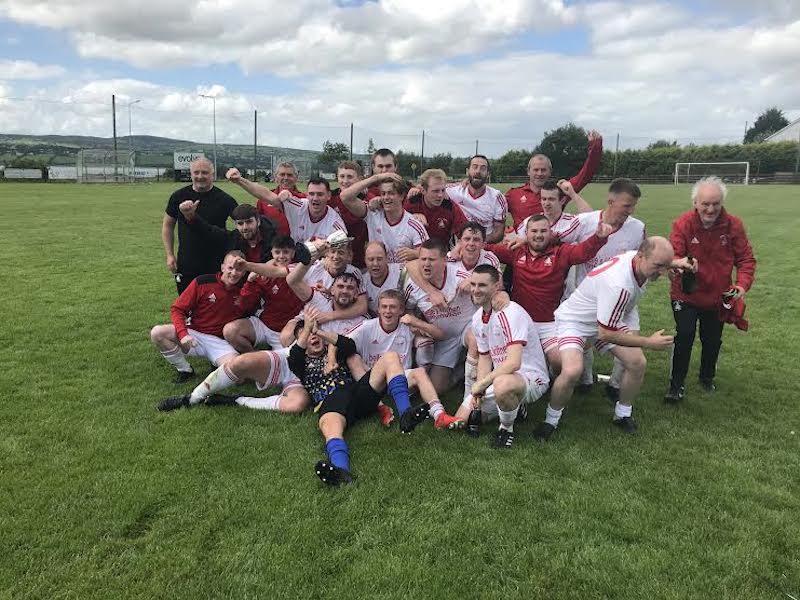 by Charlie Collins at Orchard Park

A 74th minute penalty by substitute Tyler Durning saw Swilly scrape the win they needed to take the silverware.

An own goal by Jack Canning and a Damian Friel header had Swilly in front after going behind early on.

Lagan had taken the lead through a ninth-minute penalty by Ross Hamilton after a handball by Paddy Sheridan.

Dylan Hegarty headed wide as Swilly sought a way back while Hegarty then just failed to get a touch on the ball after Marty McDaid diverted it across goal from Friel’s pass forward.

Swilly drew level on 34 minutes when Canning turned into his own net after Shaun Crossan touched goal ward from a Hegarty header.

The home side equalised on 65 minutes. Swilly failed to deal with a ball into the box and Josh Hay blasted past Dane Dunworth.

However, Swilly inched ahead again when Leon Boyce was fouled by goalkeeper Damian McFadden and Durning converted from the spot.