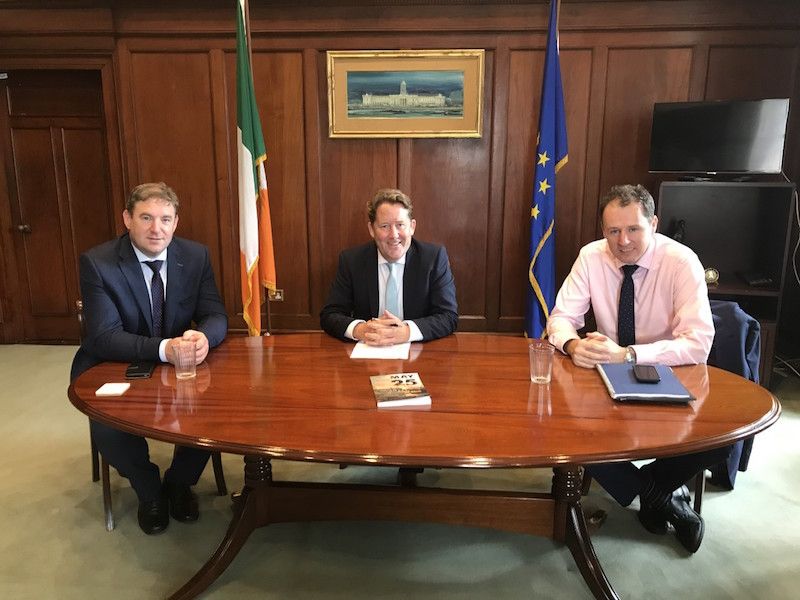 Minister of State at the Department of Justice and Equality with responsibility for Law Reform, Charlie McConalogue, has said that building social housing is a key priority for the new government.

And the Inishowen-based Deputy said he’s delighted new Housing Minister Darragh O’Brien is to visit the county next week.

He said “The Programme for Government commits to building 50,000 social houses nationally over a 5 year period and it is essential that these are delivered upon.

Minister of State McConalogue and Senator Niall Blaney discussed housing priorities for Donegal when they met with new Housing Minister Darragh O’Brien last week, and with Minister O’Brien set to visit the county.

“Minister O’Brien has agreed to visit Donegal on Thursday August 6th when he will attend a number of meetings on the area of housing and he will also officially launch the Mica Redress Scheme,” Minister of State McConalogue confirmed.

“A key right for every person is the right to housing and it is essential that government policy works to ensure that everyone’s housing needs are catered for. The Programme for Government commits to building social houses for those who are in the social housing category and also to introduce a new affordable housing scheme to ensure that those who have not been able to purchase a home, are assisted to do that.”

The Donegal-based Minister of State, added that the government is committed to working with the construction industry to ensure that there is a good throughput of housing in the years ahead.

However, he added, before that a huge priority will also be to ensure that the long-awaited Mica Redress Scheme is fully delivered on.

“It is critical for Donegal to ensure that the Mica Redress Scheme proceeds and it continues without any delays and I am delighted that the Minister will officially launch the scheme when he visits the county.

Minister O’Brien will have the opportunity to engage with members of the Mica Action Group when he officially launches the scheme and I will be working with all of my government colleagues to ensure that this scheme follows through now and people are assisted, at long last, in having their homes fixed.”