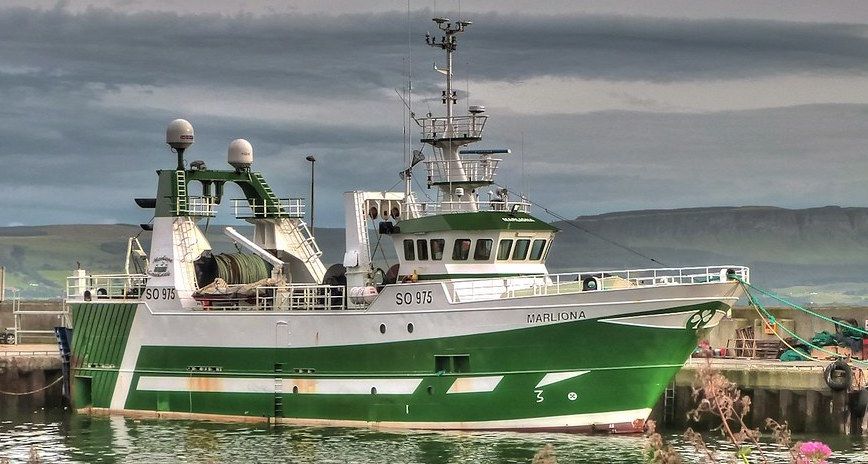 The Department of Foreign Affairs has launched an investigation following a confrontation between a Royal Navy warship and an Irish-registered trawler off the Donegal coast.

An Air Corps maritime patrol aircraft was dispatched and two Irish naval ships placed on standby after the skipper of the Killybegs-based fishing vessel, the Marliona, reported that a UK frigate ordered him to leave the area where he was fishing 60 miles off the Irish coast.

It is understood that HMS Lancaster hailed the fishing vessel on Tuesday morning, informing the skipper they were commencing a joint operation with a submarine which would continue over the next three days.

A probe was launched after the incident was reported to the Department of Foreign Affairs and the Defence Forces.

A maritime aircraft was sent to monitor the area where the UK warship was operating and two Irish naval vessels were redeployed to “show the flag”.

The Sea-Fisheries Protection Authority (SFPA) told the Irish Independent the incident was “not a fisheries matter” and redirected queries to the Navy. A Defence Forces spokesperson said they could not comment on “ongoing maritime defence and security operations”.

The Marliona has since resumed fishing in the area which is west off Tory Island.

The incident, described last night as a “breach of Irish sovereignty”, was reported to the authorities by the Killybegs Fisheries Organisation (KFO) which represents the trawler.

“I was alerted immediately they had no right whatsoever to do this,” said Sean O’Donoghue, chief executive of the KFO. “I reported it to the Department of Foreign Affairs and Defence but I haven’t heard what happened yet.

“I have been involved in the fishing industry for 40 years and have never seen this happen before. For the UK vessel to radio a trawler and tell him to get out of the area is totally unacceptable.

“This is a sovereignty issue, this is a breach of Irish sovereignty,” he added.