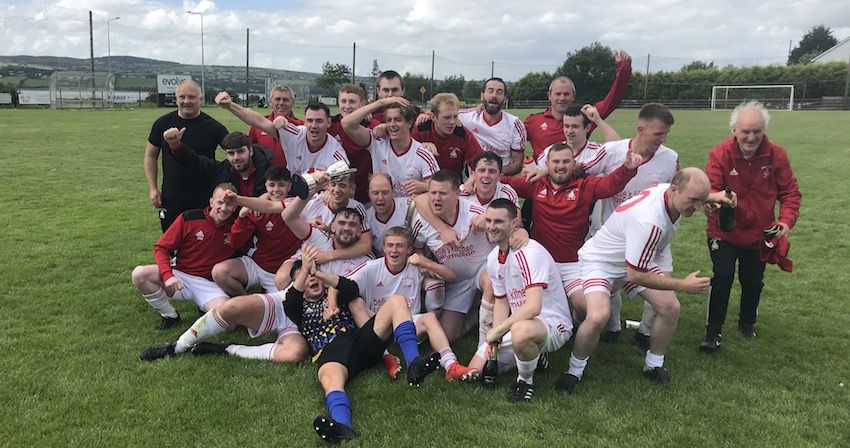 KIERAN Boyle says Swilly Rovers had to go back to go forward after the Ramelton club won Division 2 of the Donegal League yesterday.

Swilly were founder members of the Ulster Senior League in 1986 and had played at intermediate level until their withdrawal from the USL in 2019,

Back to basics, Swilly entered the ranks of the junior league and yesterday’s 3-2 win over Lagan Harps at Orchard Park saw the Lennonsiders win the Division 2 title.

“It’s a local team, which is the priority for us to build the thing again,” Boyle said.

“This was our goal, about getting locals involved and getting up and running again.

“In the last few years, we were bringing players in from other places.

“Sometimes it’s good to win an odd cup, but in the long term for the development of the club – and the club went back a bit – the priority was to stabilise it.

“We neglected to develop our own people and the big picture should be the club development. We have sowed the seeds. We’ll try and develop a bit more and get them up to a standard where they can compete.”