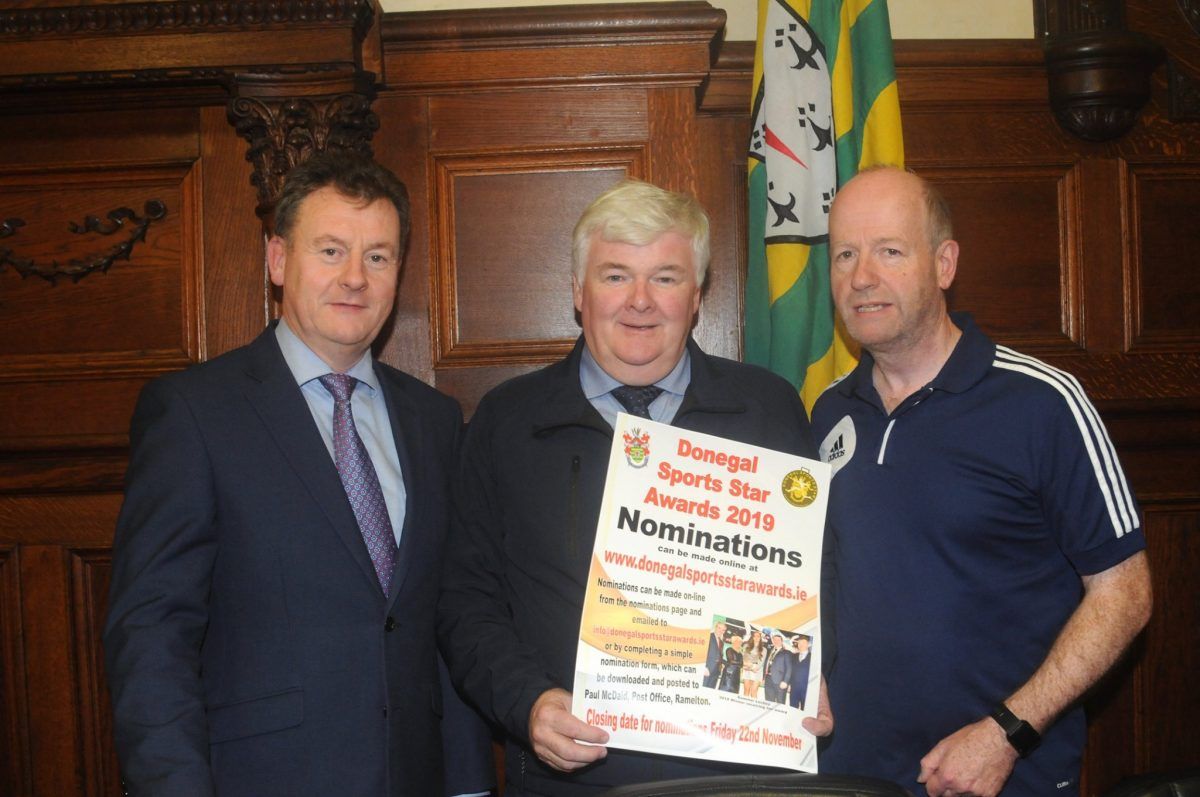 THE Donegal Sports Star Awards committee has extended their appreciation for the support that the County Council’s Chief Executive Seamus Neely gave to the organisation over the ten years he was in the post.

Mr Neely stepped down from the CE position last week.

The Council has been long time exclusive sponsors of the awards and that support has enabled the committee to continually strive to make it a special function for nominees, their families and friends.

Chairperson Grace Boyle said Seamus Neely was always very emphatic in stressing the high value that the Local Authority gained from being associated with the Donegal Sports Star Awards since the late 1970s.

Ms Boyle said: “Rewarding and recognising those who have achieved in sport at underage and senior level is very important from a physical and mental health point of view as well as the social benefits.

“The schools have always been a key part of the awards and that’s how the Council got involved in the first place in the late 1970s.

“Seamus Neely as the Chief Executive always saw those benefits from he took up the position in 2010.

“The Council is our exclusive sponsor and to have a Chief Executive, like his predecessors, giving his full backing made our job so much easier and has allowed us to host the biggest social sporting night of the year in Donegal.”

Seamus Neely has sat at the top table with some of the top names in Irish sport who were special guests for the awards.

Seamus Neely and his wife Anne were special guests for every awards function since he took over as CE in 2010 and went over and above the call of duty in promoting the event.

Ms Boyle said: “Not only that but he made himself available for the launch of the awards every January and I know that he would do photo calls at short notice to enhance our local media coverage.

“That was often during a Council meeting in Lifford. We would just like to take this opportunity to thank Seamus for being such a marvellous support to us during the last 10 years and we wish him well in his future endeavours.”