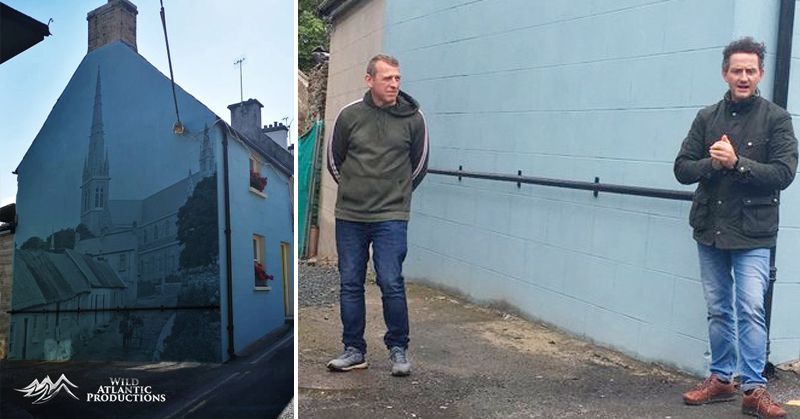 The Letterkenny Cathedral Quarter committee is seeking support from the public to sponsor its latest initiative: ‘The Lawrence Collection Mural Project’.

The project was officially launched on Monday and will begin with the painting of a mural on the gable end of No. 2 Church Lane.

The proposed mural will depict a photo of Church Lane and St Eunan’s Cathedral taken by photographer Robert French at the turn of the 20th century. 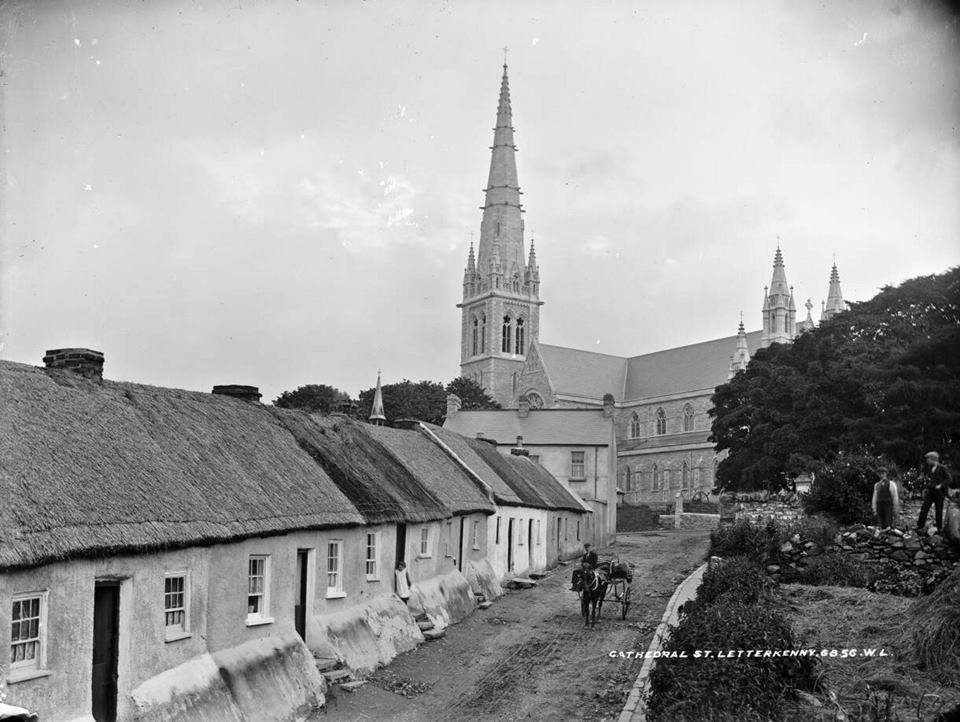 Donnan Harvey, Secretary of the Letterkenny Cathedral Quarter committee, stated: “This is a unique photograph and we believe it captures perfectly the heritage of the town that we are trying to preserve. By making a mural of it we will be sharing it with locals and visitors for generations to come. However, this is a major undertaking for us as it will be costly. But we believe it is worth it. So, we need a wee bit of sponsorship. We are hoping that if an individual or business would donate €100 towards the cost of the mural and ongoing projects in the locality we, in return, will ensure their name will be placed on a plaque near the new mural. It’s a sort of quid pro quo reward for a good cause!” 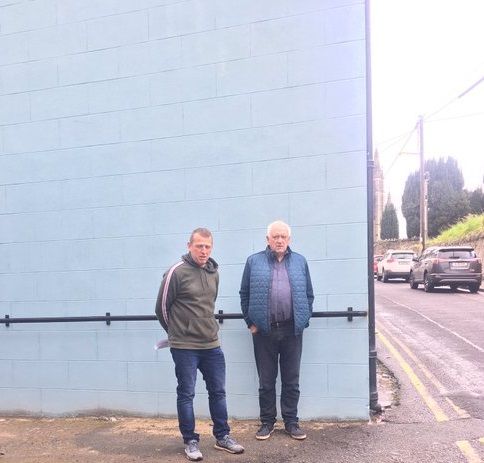 Well known artist Ciaran Dunlevy has been commissioned to create the mural. Drogheda born Ciaran was been painting since his early childhood and became a full-time artist at the age of 20. Now residing in Donegal, he was worked extensively both in Ireland and abroad.

Donnan Harvey explained the background to this particular project, stating: “‘The Lawrence Collection’ is a fantastic photographic archive consisting of 40,000 glass plate negatives of photographs taken between 1870-1914. 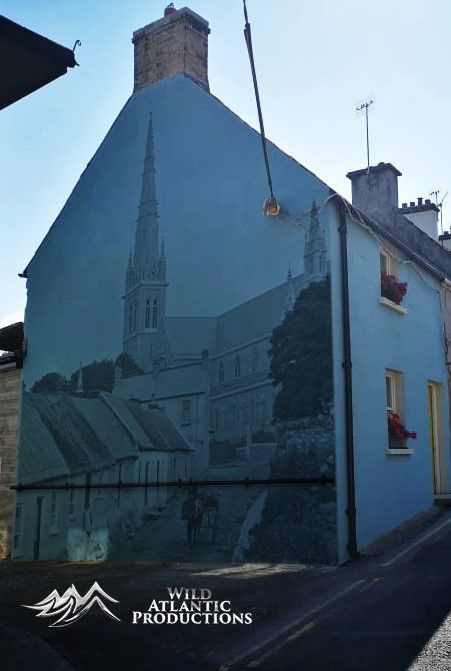 The bulk of the outdoor images were taken by Robert French, the Lawrence’s chief photographer. When St Eunan’s Cathedral opened in 1901, French travelled to Letterkenny and took a number of photos in and around the town capturing life from another period in time. Built-in the years from 1891 to 1901, the Cathedral is still the most famous Landmark in Letterkenny and has connections to Padraig Pearse, leader of the Easter 1916 rebellion and Ireland’s most famous stained glass artist, Harry Clarke. The pulpit and the railings were sculpted by the Pearse family in Dublin while in 1929, ten Harry Clarke windows were installed in the Cathedral.”

It is hoped, according to Donnan, this proposed mural will become another major attraction on the Church Lane and add to the area’s reputation as a tourist destination. Earlier this year, Donegal County Council in conjunction with Cathedral Quarter Group won the President’s Highly Commended Project award at the Irish Planning Institute’s awards. The committee is working with Donegal County Council and other stakeholders in the ongoing Regeneration of Letterkenny Town Centre.