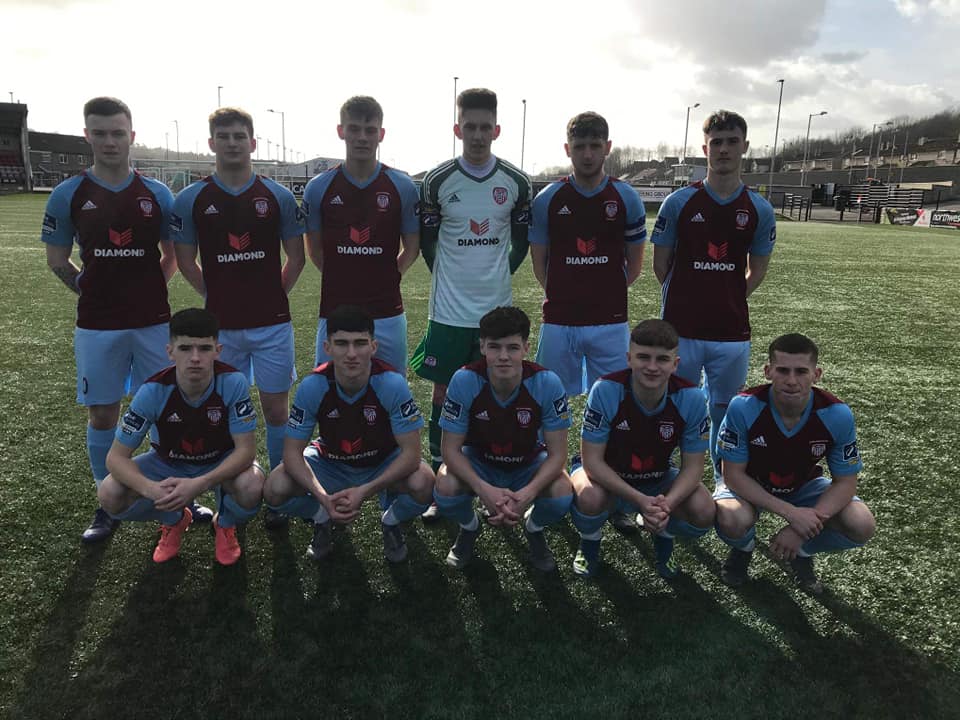 DERRY City Reserves made the trip to Traigh-a-Loch on Monday evening and came away with a 5-0 victory.

Derry created the first chance on five minutes when Caolan McLaughlin rose highest in the box but his header struck the crossbar.

On 20 minutes Patrick McGinley had a chance to score for Fanad but his shot from a corner was saved.

Five minutes later Derry were denied a second when stand in keeper Seimi Friel made a fine save at his near post.

Derry extended their lead on the half hour when Tiernan McKinney produced a neat finish at the near post.

Fanad did have chances to get a goal back. First, Dean McCarry seen his header well tipped over the bar by Derry keeper Oisin Gibson.

From the resulting corner McCarry hit the post. When the ball was cleared it fell to Paul Nash who’s volley from 35 yards grazed the top of the crossbar

The early stages of the second half didn’t see many chances for either side. In the 70th minute Oran Kennedy seen his well struck shot from distance go just over.

With 15 minutes remaining Derry were awarded a penalty following a trip in the box. Caolan McLaughlin stepped up to fire home.

In the 83rd minute substitute Jack Dwyer broke clear and finished into the bottom corner.

With two minutes left Derry were awarded a second penalty but this time Seimi ‘Coshia’ Friel dived well to his right to save the ball.