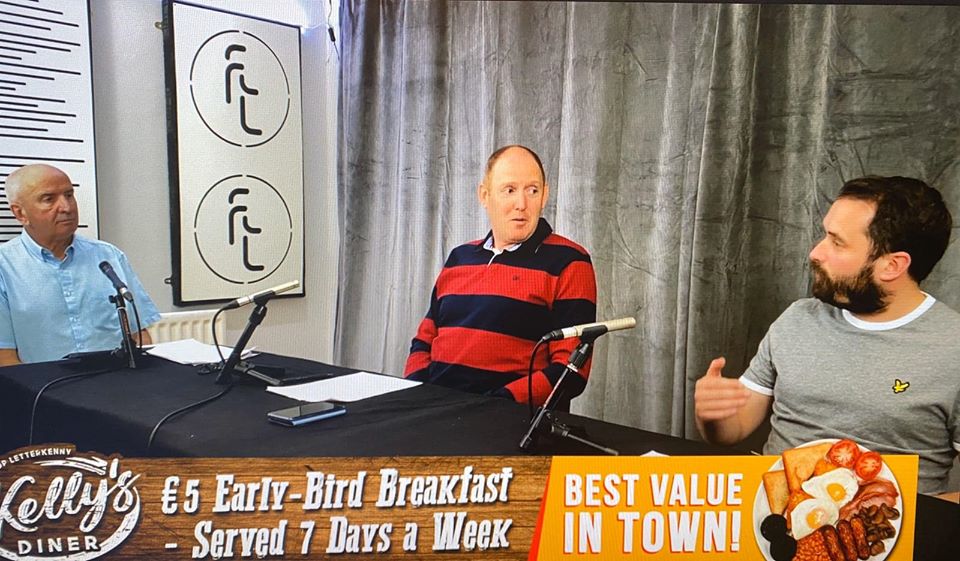 Watch: ‘The Championship’ is back for another season – here’s episode 1

AHEAD of the start of the 2020 Michael Murphy Sports Donegal club football championships this weekend, ‘The Championship’ is back for another season.

Over the course of the club championships, ‘The Championship’ – broadcast in association with Kelly’s Centra, Mountain Top, Letterkenny – will air each week across Donegal Daily and Donegal Sport Hub platforms.

This week on ‘The Championship’, host Charlie Collins was joined by Donegal Daily/Donegal Sport Hub Sports Editor Chris McNulty and former St Eunan’s player John Haran to look ahead to the opening weekend of action.

The Championship is produced by Full Tilt Studios and sponsored by the award-winning Kelly’s Centra at Mountain Top, Letterkenny.

Watch: ‘The Championship’ is back for another season – here’s episode 1 was last modified: July 29th, 2020 by Chris McNulty