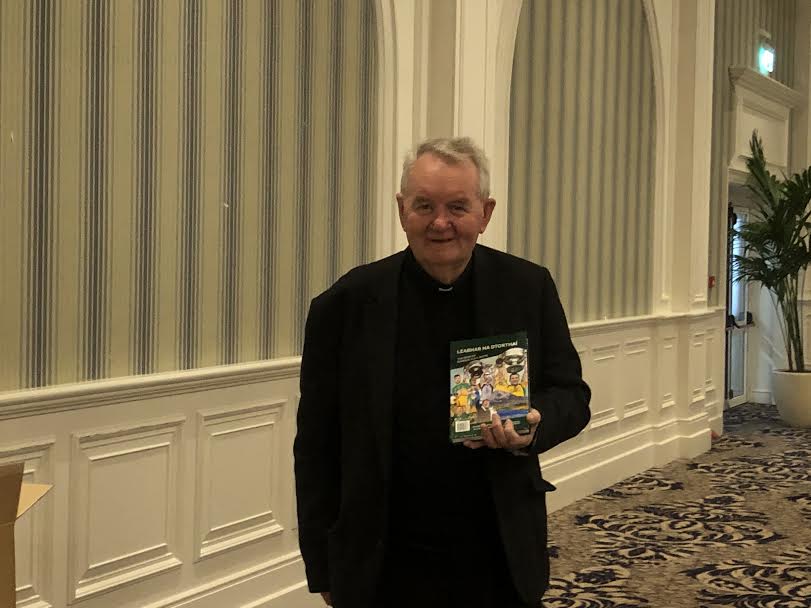 THE evolution and growth of Gaelic Games was laid out as Fr Seán Ó Gallchóir, the county renowned GAA statistician, launched the latest edition of the Book of Donegal GAA Facts.

From a 12-page booklet, listing the finals in the eight competitions the Co Board of the time ran in 1979, the book has become a hard-backed edition running well in excess of 300 pages.

His first book was priced at just 25p 41 years ago and it set the wheels in motion.

The first Book of Donegal GAA Facts was published in 1985 and the eighth edition was launched this afternoon at the Clanree Hotel, Letterkenny.

“There was no really record of results or games in those days. You either went to Jimmy Mhicí or others with knowledge, but the memory can be fallible at times.

“In those days, there was nowhere with microfilm in Donegal so I had to go straight to the primary sources, the newspapers, in Ballyshannon to the Democrat, Letterkenny and Omagh to the Derry People and into Derry to the Derry Journal.”

Fr Seán recalled researching in the basement of the Derry People, Donegal News head office in Omagh, accompanied only by a pen, a scrapbook and a couple of Mars bars.

“That was in great contrast to today’s edition,” he said. “In many ways that has mired the growth of the GAA. There are now far more inter-county games, but I remember years when Donegal might only play a total of five games in a year.

“There has been a phenomenal growth in underage football and the ladies game has really mushroomed.”

Fr Seán maintains his records in scrapbooks, which he diligently updates on a regular basis. His record keeping is a vital asset to Donegal’s Gaelic Games correspondents, for whom Fr Seán’s work is invaluable. 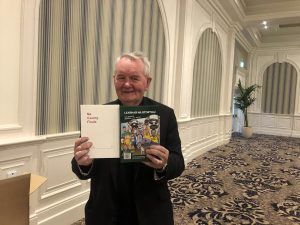 The book remains a treasure trove and, as the author said, ‘every line has a history; every line rings a bell.’

He said: “I was always into GAA. If you wanted to find out the Championship in 1944, where would you go? Memory isn’t always a reliable source. I had done a lot of research when I was in college. I had an interest in research and an interest in GAA so I thought it would be a nice project.

“I just get the paper and write it down in a scrapbook. I try to do that after every game.”

Fr Seán paid tribute to his brother, Paul, who transferred the most recent years of work into a digital format, while he acknowledged the work of Caroline McGee and Petrer Campbell, the Sports Editor of the Donegal Democrat, whose pictures help illustrate the latest publication.

Fr Seán said: “Going through the book, it reminds of of who deeply indebted the GAA is to journalists, correspondents, commentators and editors for the wonderful coverage of the games. They give great coverage to all grades of GAA and the GAA is lucky to receive such coverage.”