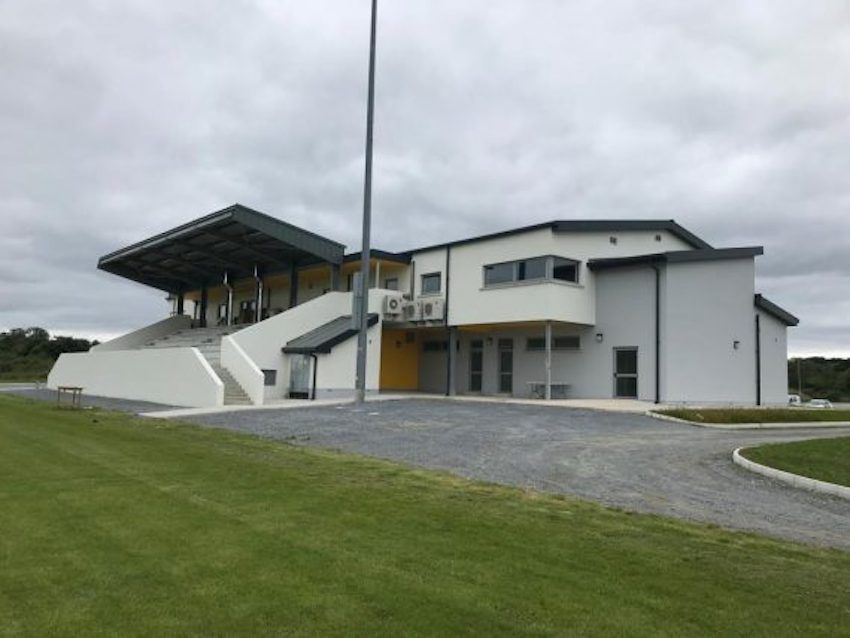 DONEGAL GAA’s new €6.5million base in Convoy is nearing completion – and officials want the new development to have the ‘wow factor’.

Work on the 26-acre site, purchased by Donegal GAA in 2008, is almost at a close and the venue will become the new training, development and administrative hub for the association in Donegal.

The first meeting of the Donegal County Executive was held in the centre earlier this month.

Four of the five pitches are already in use while work on the 200-seater stand, overlooking Pitch 1, will conclude in the coming weeks with the installation of the seats while a perimeter fence will also be added.

“The whole ethos is that it will be the centre of GAA in Donegal,” Donegal GAA Chairman Mick McGrath said.

“We spent long enough in portacabins with leaking rooms or going around hotel rooms and players only being informed late. Now, we have made the most concrete step yet and we have put down an identity block.” 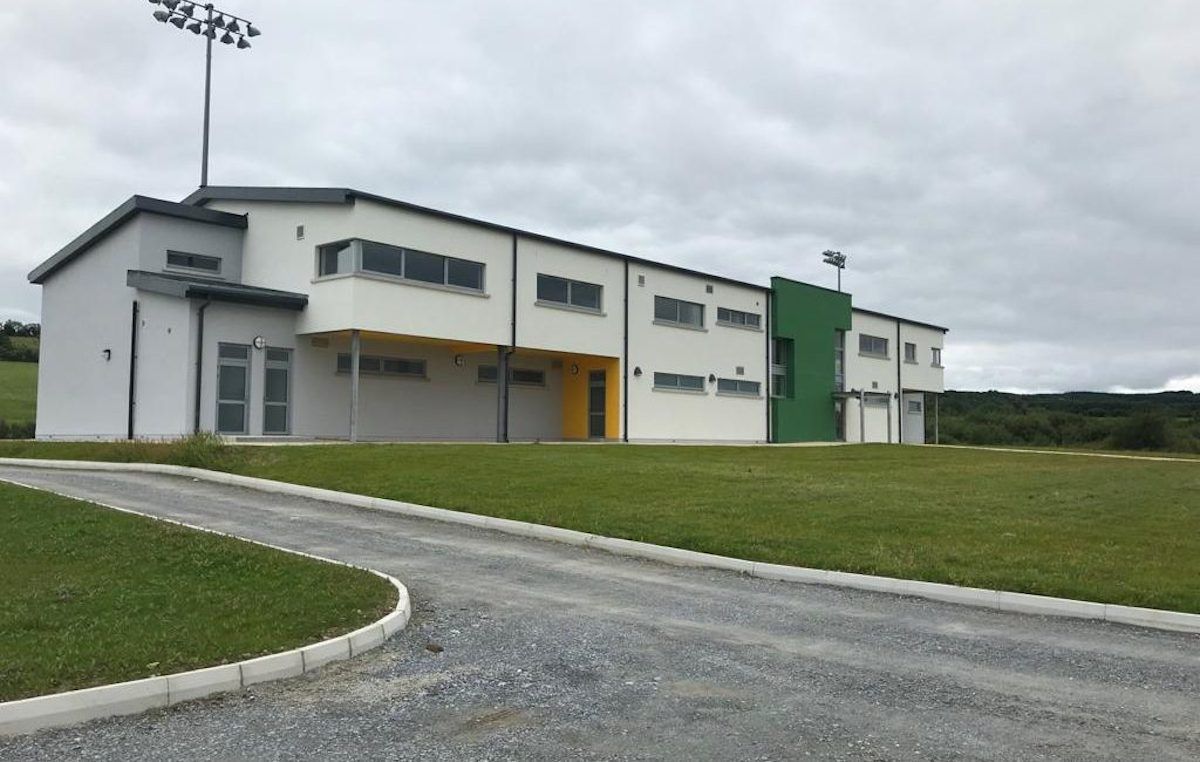 A walk-around for members of the Donegal media was conducted by McGrath, the Donegal GAA Development Officer David McLoone – who has been a central spoke in the wheels of the project in recent years – and the Donegal GAA PRO John McEniff tonight.

The building, costing €2.3million houses a state-of-the-art gym and an 80-seater auditorium, each of the bucket seats embossed with a Donegal crest.

McGrath said: “We want this place to have the ‘wow’ factor. This will be young players’ first introduction to county squads and we want them to see the professionalism that will be expected of them.”

Just over a third of the cost is financed by grants, the majority supplied by Croke Park, for the purchase and initial development of the site. Of the balance, a further almost €2million is loan finance and the County Board’s own fundraising, including levies from the County’s 40 clubs amounting to €1.13million. 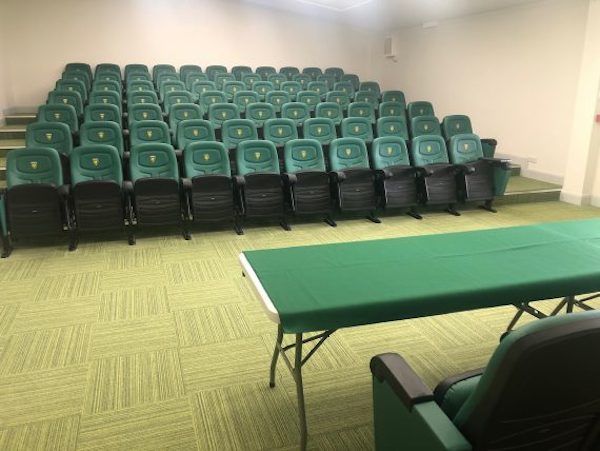 An ambitious €100 ticket draw – which offers a house in Dublin as the first prize – had to be postponed due to the Covid-19 pandemic, but will now take place on December 4 in the Abbey Hotel.

McGrath said: “We have reached the half-way line with sales. They have gone very, very well. A lot of people are involved in selling tickets. We are confident of selling the 15,000 tickets. We will get it over the line with everyone working together.”

While the official opening of the Donegal GAA Training Centre will take place in 2021, County Board officials hope to see the county players utilise the venue later this year, while some club games could yet take place at the Convoy venue in 2020.

McGrath said: “It is very important now that we stand on our own two feet and I am confident that we will drive on.”