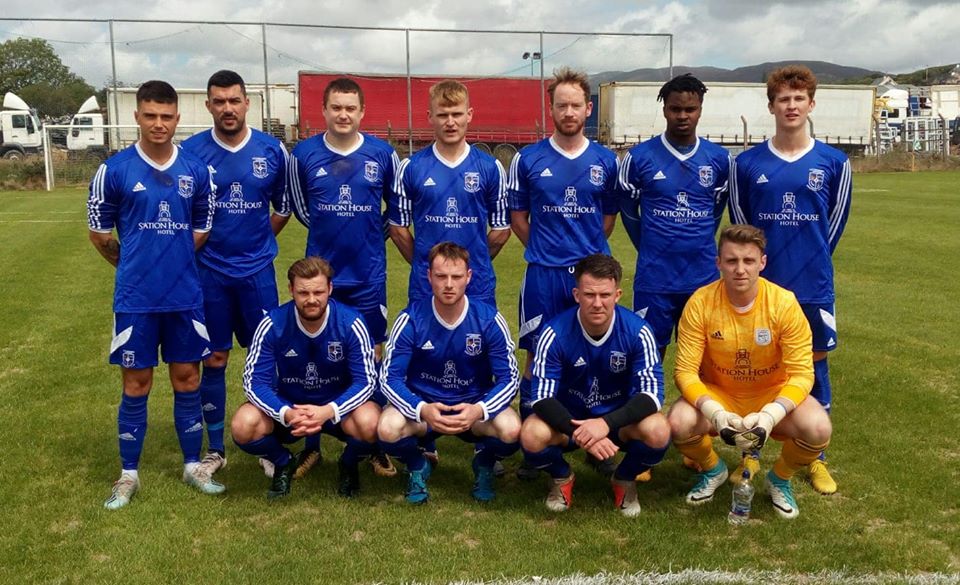 Letterkenny Rovers recorded their first win after the enforced lockdown with a 2-1 win over recently crowned champions Cockhill Cetic at Leckview Park on Wednesday evening.

Rovers afforded the champions a guard of honour on their entry to the pitch but that was as generous as the visitors got it for the opening stages as Rovers raced into a two-goal lead with just six minutes gone.

Lee Toland scored direct from a corner after 90 seconds while Rovers doubled the lead on six minutes when another Toland corner was headed home by towering defender Emmett Friars.

Both sides had unusual starting elevens with many regulars missing on both sides.

It was an entertaining encounter despite the match being a precursor to bigger games to come for both sides.

Cockhill had chances to reduce the arrears with Adam Duffy and Shane Anthony  Doherty both narrowly wide with well hit efforts.

Gary Merritt had a couplé of good openings but failed to trouble visiting neminder and former Letterkenny player Eoghan Jordan.

The second half started in a blistering fashion and referee Marty McGarrigle pointed to the spot on 48 minutes after a handball from Emmett Friars but Adam Duffy’s spot kick flew high over the bar.

Cockhill, though, kept on the front foot and Stephen Duffy shot narrowly wide while Rovers were content to sit deep and defend their lead and attack on the counter.

It was Cockhill who looked likelier to score next with Bradley Callaghan and sub Christy McLaughlin both trying their luck with efforts dealt comfortably with by Rory Kelly in the Rovers goal.

The game really exploded into life on 81 minutes when referee Marty McGarrigle sent Friars off for his part in an altercation with McLaughlin.

Cockhill though were then reduced to ten men when Stephen Duffy attempted to retrieve the ball quick but illegally.

While Cockhill looked for a leveller Rovers saw the game out defending well for  a welcome win ahead of their semi final tie in the Donegal News League Cup against Derry City Reserves on Sunday next.