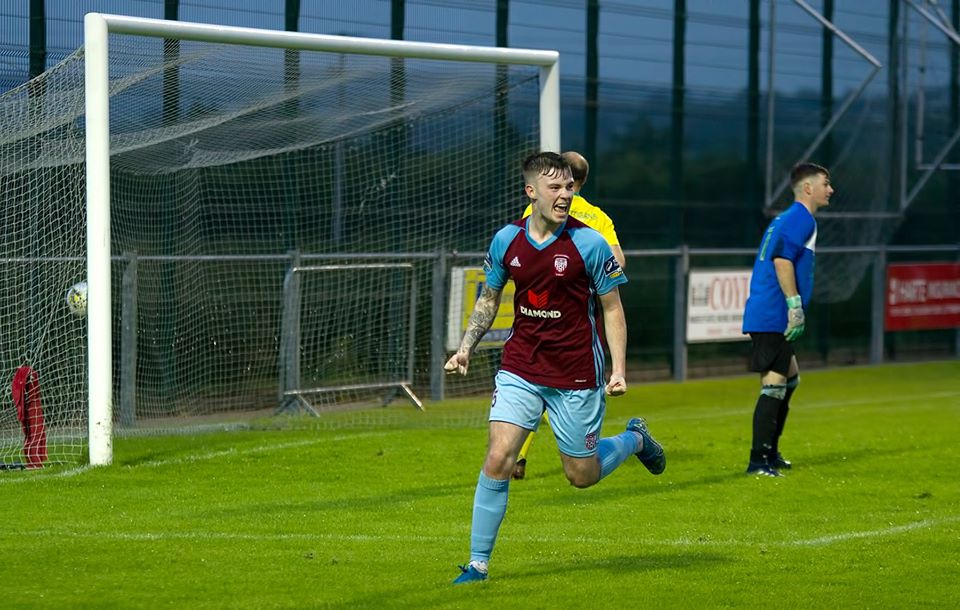 USL – Late drama as Doherty rescues a point for Bonagee

THERE was late drama at Dry Arch Park on Wednesday night as Bonagee and Derry shared the spoils.

For all the world, Caolan McLaughlin’s 89th minute goal looked to have been the decisive strike.

However, just as some of the patrons – content that they’d seen the classic first-goal-is-the-winner affair – were filing towards the exit, Bonagee struck.

Micheál Doherty tucked home beyond Jack Lemoignan in the 93rd minute to rescue a draw for Jason Gibson’s Bonagee.

It was a deserved ending after a game that lacked real clear-cut action.

Patrick Ferry, the most recipient of a Watson Menswear Ulster Senior League Player of the Month award, tried his luck with an ambitious long-ranger, but it was off target.

Cian Harkin, the young Bonagee net minder deputising in the absence of Eugene Ferry, showed up well in the first half.

Harkin denied Brendan Barr with a fine save with his legs on the half-hour, having come out bravely to claim a cross in a crowded posse of players on the edge of his box earlier in the night.

In the second half, Harkin got down to save from Ronan McKinley, the Newtown man and Irish underage international who has recently returned from injury.

McKinley then tried his luck from distance, but a superb save by Harkin kept him at bay.

At the other end, Michael Funston tried his luck from 25 yards, but his effort zipped wide.

Sub Jack Dwyer was off target for Derry City and it seemed as if a blank was on the cards.

There was still time for a dramatic conclusion and the spoils were shared when ref’ Michael Connolly shrilled his whistle for the final time.