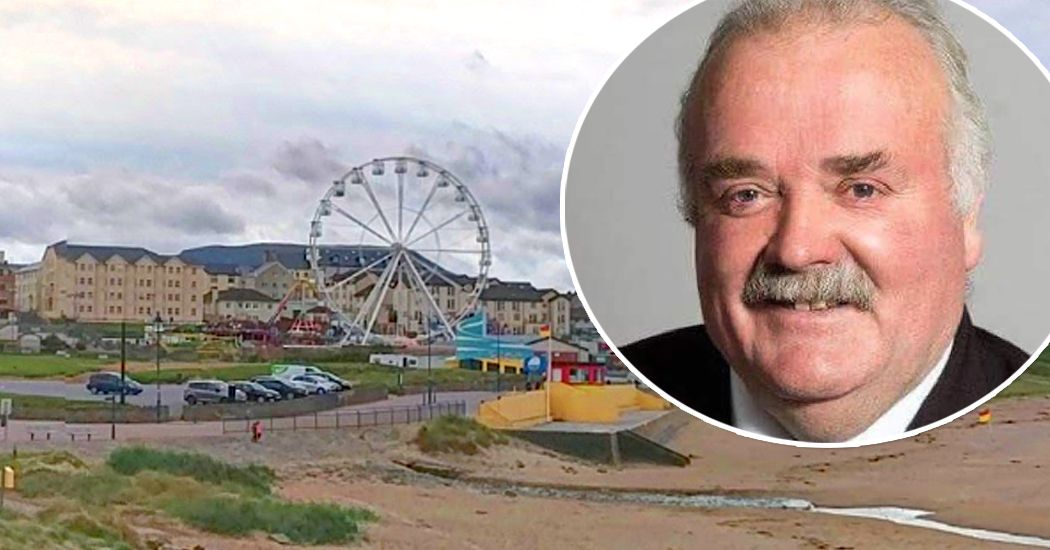 Bundoran residents fear ‘someone will get killed’ – Councillor

AN ONGOING anti-social problem in Bundoran has escalated to the point where people fear that someone will be killed.

The claim was made by Bundoran-based Sinn Féin County Councillor Michael McMahon at a meeting of the Donegal County Joint Policing Committee at the Balor Theatre, Ballybofey today.

Cllr McMahon asked that a special meeting of the JPC and other agencies be called in order to resolve the issue.

“I have a list as long as my arm,” Cllr McMahon said.

“I speak on behalf of a number of people and this needs to be tackled head on. It is going on a number of years and enough is enough.

“The Gardaí in Bundoran have acted on several occasions, more times than enough actually, and the ambulance services too. My back is to the wall on this and the people on the estates are to the wall.

“It is only a matter of time before someone gets killed or seriously hurt.”

Highlighting the latest episode which happened last week, Cllr McMahon said that some families in the seaside town were living in fear.

He said: “There was a serious incident again last weekend. A house was allocated and just 40 hours later the front door was lying out in the street.

“The neighbours on both sides got no sleep on Thursday or Friday night. The Gardaí spent three hours there on Saturday. People got no sleep again on Saturday and were still afraid on Sunday.

“We, as a society, want to be able to live in peace in a proper environment and this just isn’t acceptable. It gives me no pleasure in coming from Bundoran to say this.”

Cllr McMahon said that drink and drugs had fuelled certain situations, while he mentioned other incidents that had spilled into establishments in the town. Last weekend, he said, there had been an incident when an individual was refused to be admitted onto the express bus service.

He said: “Everyone is entitled to live in safety and not have to deal with these serious situations where a number of people, drugs, an amount of drinking are involved and there are even children present.

“I am asking for agencies involved to come together and take a serious look at this.”

Inspector Denis Joyce said: “Any breach of criminal law will be prosecuted. We will enforce criminal legislation as best we can.”

Councillor Paul Canning said the PRTB board needed to ‘step up to the plate as they don’t protect the landlord at all’. He said: “We have to change the laws regarding the situation with the occupants of certain houses. They are creating havoc. All small local pubs are closed, but at least they are a disciplined, licensed organisation. There is now an increase in drugs and it is impossible to catch them all given the privacy of houses. This needs to be addressed sooner rather than later.”

JPC chair, Cllr Gerry McMonagle said: “There was a similar type of problem in Letterkenny a number of years ago and the multi-agency approach is the only way to go about it.”