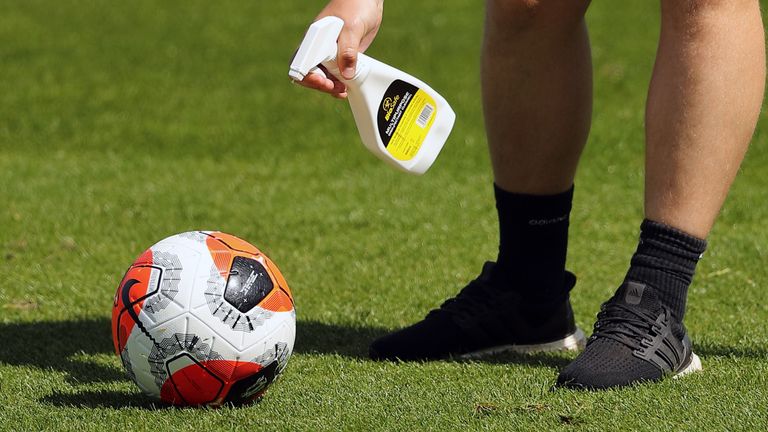 THE DONEGAL Women’s League has confirmed that a player within their league has tested positive for Covid-19.

The club concerned has temporarily suspended all activities after the case was confirmed.

Games in the Donegal Women’s League have been halted until August 10 at least.

The East Donegal Division of the Donegal Schoolboys League have also confirmed that matches under their auspices have been postponed for the next seven days as a precautionary measure.

FAI guidelines on returning to play state that, where a member informs a club of a positive Covid-19 test: ‘The privacy of the individual must be respected at all times.

‘The HSE are responsible for contact tracing in the event of a positive test.

‘The club’s COVID-19 Compliance Officer may be contacted by the HSE who will advise on next steps.’

The club, located in east Donegal, suspended all activity after the test result became known on Wednesday.

Club members were advised of the news in a circular. Anyone who develops symptoms was advised to immediately contact their GP and the club’s Covid-19 officer.

The Donegal Junior League has confirmed that its games will continue this weekend.

A statement said: “In regard to the news this morning concerning a COVID-19 case within a Football Club in East Donegal we feel we need to clarify the situation. We have had several calls asking us about the news report.

“I wish to confirm that the case is not related to any club affiliated to the Donegal’s Junior League. In fact the case and club concerned play in Ladies football.

In the last couple of weeks, three GAA clubs have temporarily suspended activities over Covid-19 fears, but this is the first known positive case of the coronavirus to affect a sports club in the county.

In the past week, a test on a member at Naomh Conaill and a member at Cloughaneely returned negative results.

Those followed a decision by the Naomh Colmcille club to halt its activities having played a challenge match against Glack from county Derry.