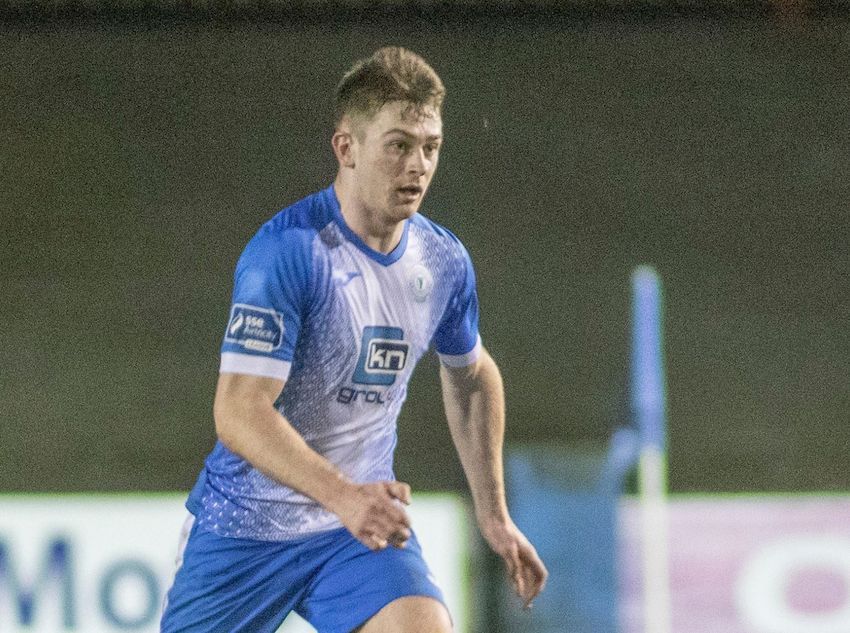 Harps were three in arrears by the 37th minute and while Karl O’Sullivan (pictured by Joe Boland, North West Newspix) pulled a goal back, the Hoops were comfortable winners.

Jack Byrne, Dylan Watts and Aaron McEneff netted as Rovers stretched their lead to five points at the top of the table.

League of Ireland action resumed this weekend following the Covid-19 lockdown and there was no place in the Harps side for new signing Stephen Folan, who is awaiting international clearance, while the injured Barry McNamee was also unavailable.

There was an early warning shot was Roberto Lopes headed over in the second minute, but Rovers hit the front in the seventh minute.

Byrne was at the controls for Rovers’ second goal as his superb pass sent Watts on his way and his fine finish beat he advancing McGinley.

Dave Webster blocked from Watts as Rovers continued to turn the screw.

Former Derry City attacker McEneff fired home from 20 yards on 37 minutes and a long evening seemed in store for Harps.

Ollie Horgan’s men, however, pulled a goal back when O’Sullivan riffled home.

Horgan introduced Ruairi Harkin at half-time in a bid to curb the influence of Byrne.

With Rovers having the spadework done in the opening period, the second half lacked any sense of urgency.

For Harps, a huge tussle with Shelbourne awaits in Ballybofey on Tuesday evening.