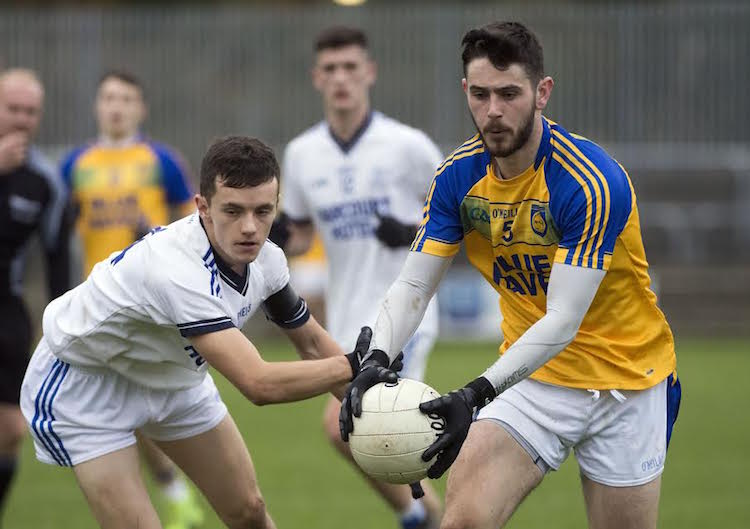 KILCAR HAD FEW concerns in Towney as they enjoyed a comfortable win over Termon in their first outing of the Donegal SFC, writes Charlie Collins.

With John McNulty back at the helm, the 2017 County Champions were unplayable at times and Termon would’ve glad to put the experience behind them.

Patrick McBrearty kicked six points for the home and team and Matthew McClean helped himself to five, while the goals were scored by Ryan McHugh, Stephen McBrearty, Conor Doherty and Michael Hegarty.

Kilcar face into what should be a mammoth second fixture on Friday at St Eunan’s in Letterkenny.

Termon, who welcome Bundoran next week, were essentially put to the sword in the second quarter, as after 18 minutes they would’ve been reasonably content with only a 0-4 to 0-3 deficit when Ricky Gallagher pointed but by the break were 2-13 to 0-4 down.

Patrick McBrearty had already amassed four points by the 20th minute and Kilcar’s forward thinking helped establish their cushion. On 23 minutes Ryan McHugh scored the opening goal with a lob that was helped on its way into the Termon net by Shane Doherty and then four minutes later Stephen McBrearty hit the net after a flowing move.

The third goal came seven minutes in the second half with Conor Doherty the one who finished after a neat exchange of passes with Matthew McClean and on 39 minutes, following one of Daire McDaid’s four Termon scores, it was 3-16 to 0-6.

Kilcar turn on the style to put Termon to the sword with 26-point win in Towney was last modified: August 1st, 2020 by Alan Foley