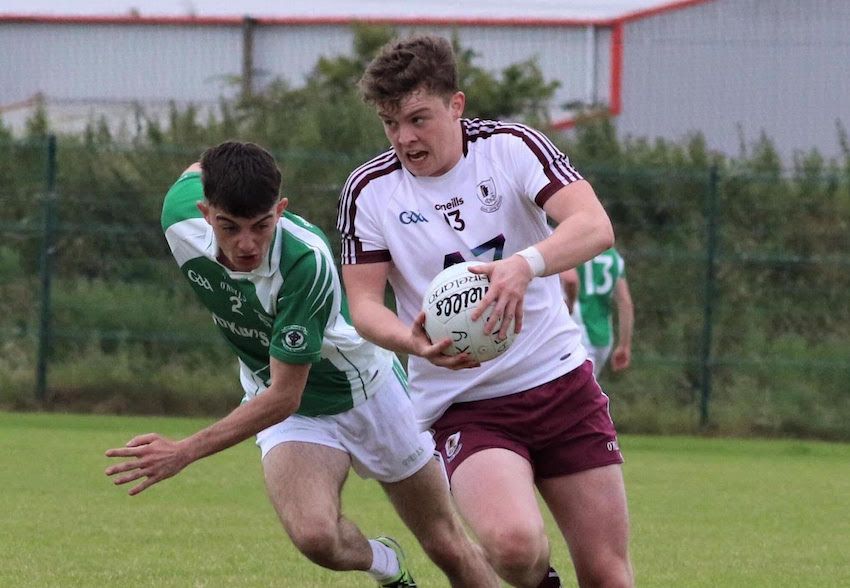 LETTERKENNY Gaels scored an injury time goal against Downing’s to secure a draw at Páirc na nGael in their first game in the Michael Murphy Sports and Leisure Junior Championship.

Due to Covid restrictions on capacity at GAA games it was anticipated that the game would be live-streamed on social media.

Unfortunately due to gremlins in the system this didn’t happen, however the spectators that were at the Glebe were served up a classic championship tussle between two evenly matched teams.

A late Goal from Sean McDonagh earned the Gaels a deserved draw in this pulsating opening championship match.

The home team were first out of the blocks with points from Cormac Cannon and Conor McBrearty. Downings then hit four on the trot courtesy of the lively Johnny McGroddy, Lorcan Connor and two long range frees from midfielder Ronan Gallagher.

Gaels responded with a goal on nine minutes when full-forward McBrearty finished to the net when played through by Paddy Doherty.

Shay Doherty converted two 45s and Ronan Frain pointed from range while Connor and Gallagher added for the visitors to leave the half time score Gaels 1-5 Na Dunaibh 0-6.

The Downings boys added four unanswered points from Connor, Gallagher and two from J McGroddy before McBrearty pointed a free for the home team.

Brian Diver finished a McBrearty pass to the net to put the Glebe boys back in front. Downings then hit a purple patch as J McGroddy (3) Connor (2) Gary Ban, Gallagher and Keelan McGroddy completed the Rossguill boys’ tally while Shay Doherty added a point for the Gaels.

However, the home side rallied in injury time as a McBrearty free kick was deflected over for a point and on 62 minutes McDonagh levelled matters with a well executed goal after another strong run from McBrearty.