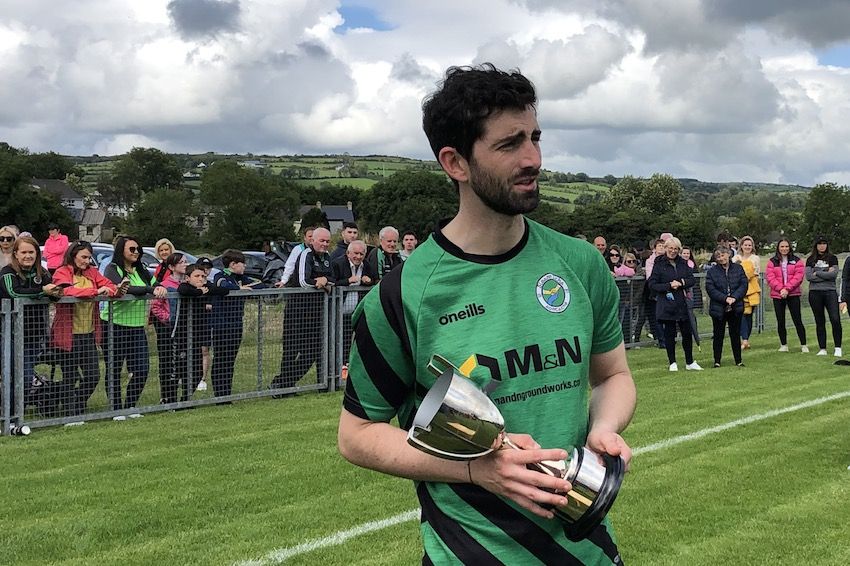 SEAN Coll beamed with pride after captaining Glenea United to the Division One title today.

“It’s a nice way to finish off the season. Getting us back up was huge.”

Convoy had Noah Mailey sent off in the first half while veteran striker Darren McElwaine had to go off injured.

They were decisive moments in the winner-takes-all game. Both sides have been promoted to the Premier Division with Glenea back to the top flight as champions at the first time of asking.

Coll said: “Last season was tough. We were thinking about it all year.

“John Harley passing away was a big thing for the club. It was going to either galvanise us or deflate us. It went the way we didn’t want it to go, but Kevin (McFadden) came in and wanted to take on a project.