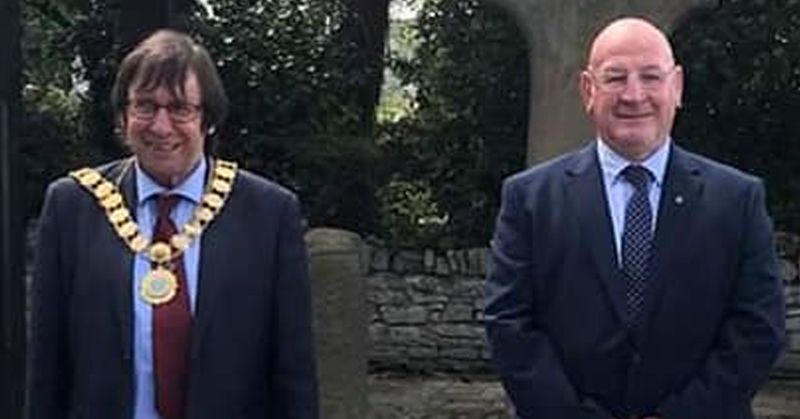 Councillor Albert Doherty, Cathaoirleach of the Inishowen Municipal Council has extended his and the council members sincere sympathy to John’s wife Pat their immediate family members and the SDLP party.

John and Pat were frequent and very welcome visitors to the Inishowen locality down through the years.

Councillor Doherty said “John was a trojan worker and campaigner for equality and social justice.”

“His efforts for his own people in the city seeking improved and fair housing access , his promotion, support and involvement with the success and development of the Derry Credit Union is remembered and deeply appreciated.”

“In the European Parliament John supported and was a strong proponent of numerous cross border issues. This support, awareness and interest from Europe has served the North West area of Ireland well up to the present and will be keenly required in the immediate time ahead as Brexit negotiations progress.”

“John Hume was an instrumental and invaluable contributor to the Peace Process through his perseverance with the Hume – Adams dialogue culminating in the signing of the Good Friday Agreement in 1998.This is an abiding legacy achievement, prized and cherished throughout the entire island.”