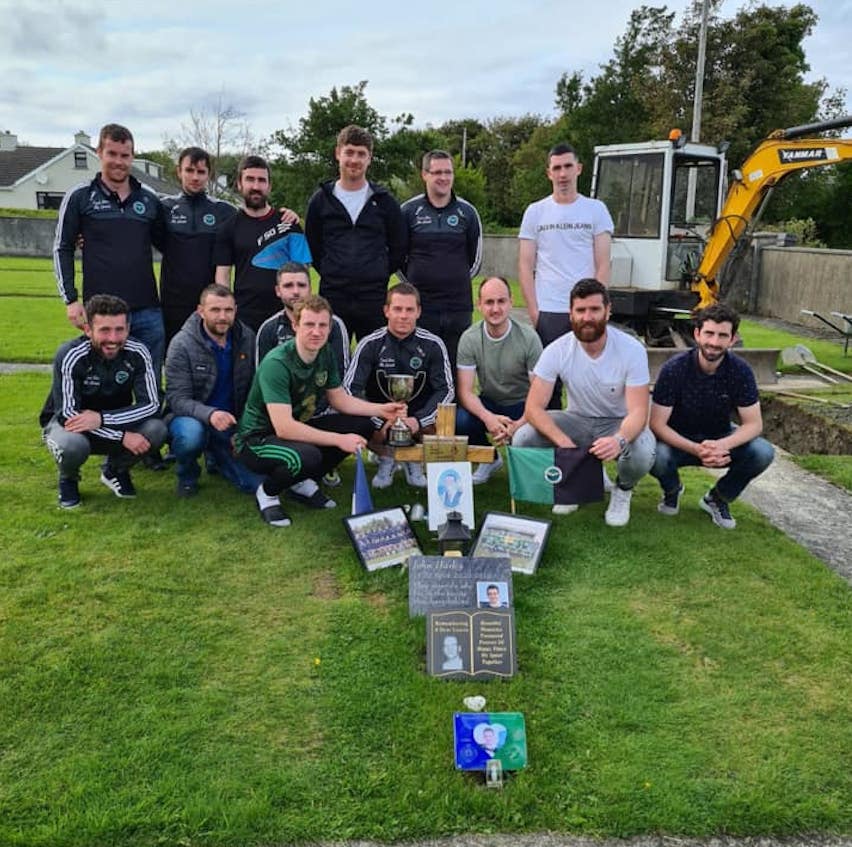 GLENEA United players and managers made a poignant visit with the Temple Domestic Appliances Division One trophy on Sunday evening.

Glenea secured the title as Ryan McFadden struck the only goal of the game from a late penalty as the Glaserchoo side defeated Convoy Arsenal at Orchard Park.

It was a winner-takes-all shoot-out between the two sides, who had already been promoted to the top flight.

Glenea were relegated last season from the Premier, but make an instant return as First Division champions.

In the immediate aftermath of the win, they were quick to remember the late John Harley, their team-mate who died in tragic circumstances in January, 2019.

The 24-year-old was one of four friends to die in a horrific road traffic accident in west Donegal.

Harley, along with friends Micheál Roarty, Daniel Scott and Shaun Harkin, were killed instantly when the car in which they’d been travelling went off the road at Gleannhulaigh.

Harley had played for Glenea United in the Donegal League Premier Division.

John’s brother, Mark, came on a substitute for Kevin Mulhern as Glenea clinched the silverware.

The squad stopped off at John’s grave to show off the prize and pay tribute to a much-loved former team-mate.