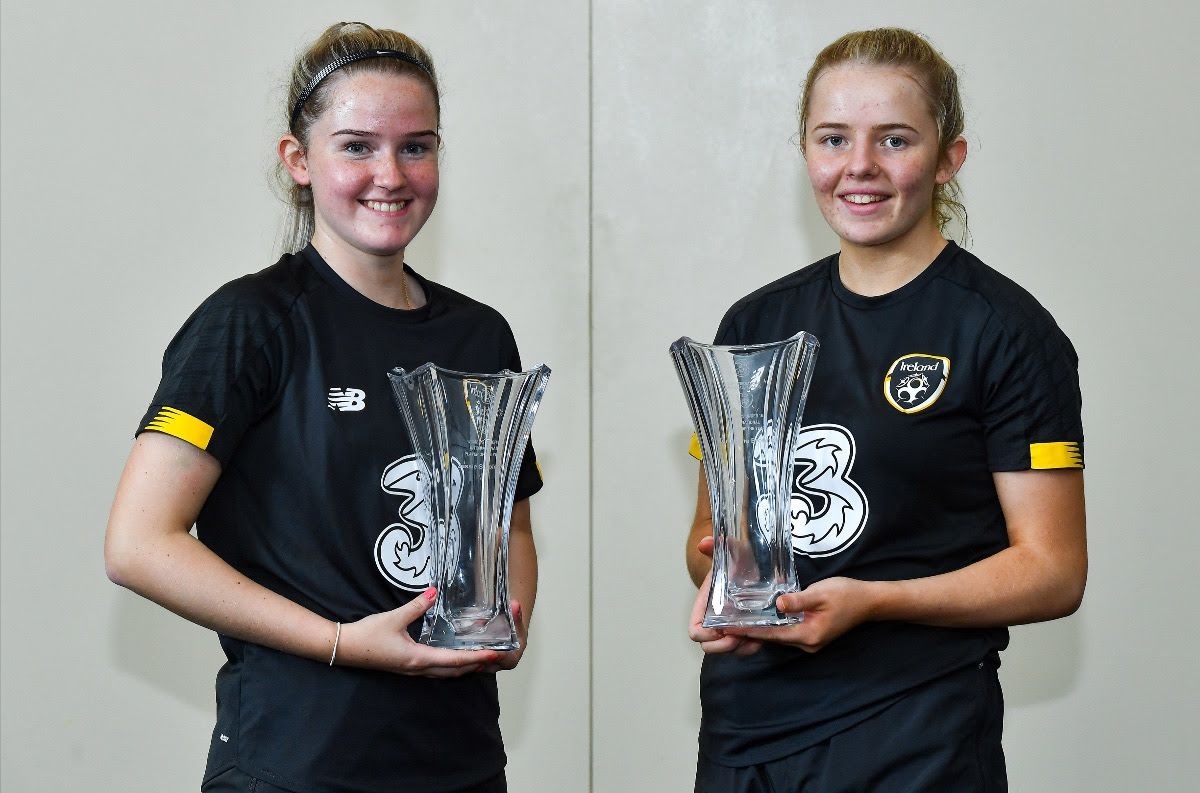 Inishowen ace is Irish U16 Player of the Year

GREENCASTLE woman Kerry Brown has been named as the Under-16 Women’s International Player of the Year.

Brown, who plays for Sion Swifts in the NIFL, has been announced as the winner of the category at the ‘Three’ FAI International Awards.

Picture: Jessie Stapleton (Under-15s Women’s Schools International) and Kerryann Brown (Under-16s Women’s) are presented with their awards whilst in camp with the Republic of Ireland Women’s Under-17 in Waterford. Picture by Sportsfile

The awards were postponed from March due to the Covid-19 pandemic and the winners have now been revealed without a ceremony being held.

In September, Brown netted a cracker for the Irish U17s against Greece and she played a starring role as the Irish side progressed to the Elite Round of the UEFA Women’s Championship qualifiers.

Brown has been a regular feature on Irish squads in recent years and her award is in recognition of her exploits with the Under-16s.