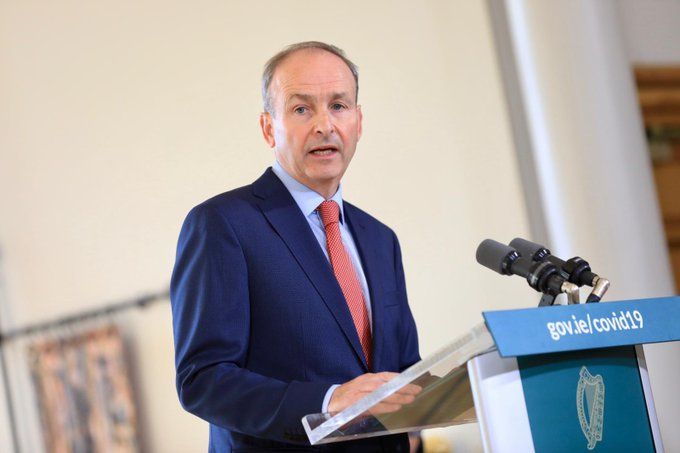 All pubs, bars, hotel bars, nightclubs and casinos in Ireland will remain closed for at least another three weeks, the government has announced.

Ireland’s move to Phase Four of the reopening roadmap has been delayed due to the rise in Covid-19 transmission.

The Taoiseach has also confirmed that the current restrictions on numbers attending indoor and outdoor gatherings will remain unchanged at 200 for outdoors and 50 for indoors.

The second major decision that has been taken on COVID-19 is that face coverings will be mandatory in shops and shopping centres across the country from 10th August.

The government has also reviewed the  ‘Green List’ of countries that are safe to travel to. Malta, Cyprus, Gibraltar, San Marino and Monaco have all been removed from the list. Anyone travelling to Ireland from those countries will now have to limit movement for 14 days upon their arrival. There are no additions to the list.

The latest announcement will impact 3,500 pubs nationwide that were preparing to reopen on Monday.

Mr Martin said the roadmap will be reviewed in three weeks’ time.

He said: “I know that this will come as a blow to pub owners and I want them to know that I have enormous sympathy for their plight. This virus is taking away their ability to earn a living. It is stopping them from providing a key service in the heart of many communities, especially in rural Ireland.

“But we are doing what we are doing to save lives and to give our society and economy the best chance we can to reopen safely and sustainably.

The National Public Health Emergency Team has advised the government that evidence of increased transmission is now even clearer.

The 5 day moving average for confirmed cases newly reported to the Department of Health is 45.4. For comparison, this is up from 6.4 on 24th June.

Mr Martin said the figures are still good in an international context.

He added” The Irish people have done an incredible job in controlling this virus. But the figures do show just how important it is for us to remain vigilant and to keep on top of it. The CMO used a very striking phrase in a briefing I had with him earlier. He said that ‘we are very delicately balanced’.

“The 14 day incidence per 100,000 has tripled over the course of a month. While the number is still low, we have to heed our Chief Medical Officer and NPHET and we need to keep the pressure on the virus.”