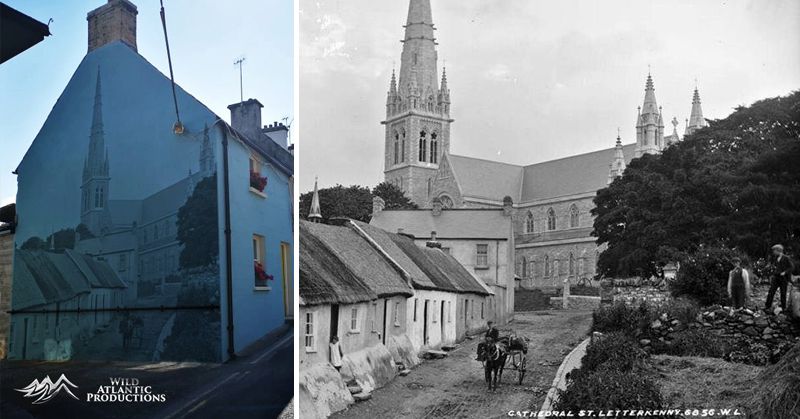 Letterkenny folk use their “blocks’ for new mural funds!

The people behind the Letterkenny Cathedral Quarter have come up with a novel way of raising funds for the cost of the new ‘Laurence Collection Mural’.

The new mural will be located at the gable end of 2 Church Lane.

And people behind the regeneration of the famous area hope to sell fifty €100 blocks to pay for the painting of the mural.

Explaining the initiative, Donnan Harvey stated that there are fifty blocks on the Gable Wall of No. 2 Church Lane, and everyone who sponsors a block or who financially supports the painting of the mural will be named on a plaque that will sit beside the mural.

The committee has sold six blocks already, including three to a lady living in Canada, and are anticipating, and have already received, great interest in further sponsorship of the iconic mural.

“This new mural will depict the iconic photo of Church Lane and St Eunans Cathedral taken from the Laurence Collection and will become a major attraction not just in Letterkenny but in the whole of Donegal and beyond. 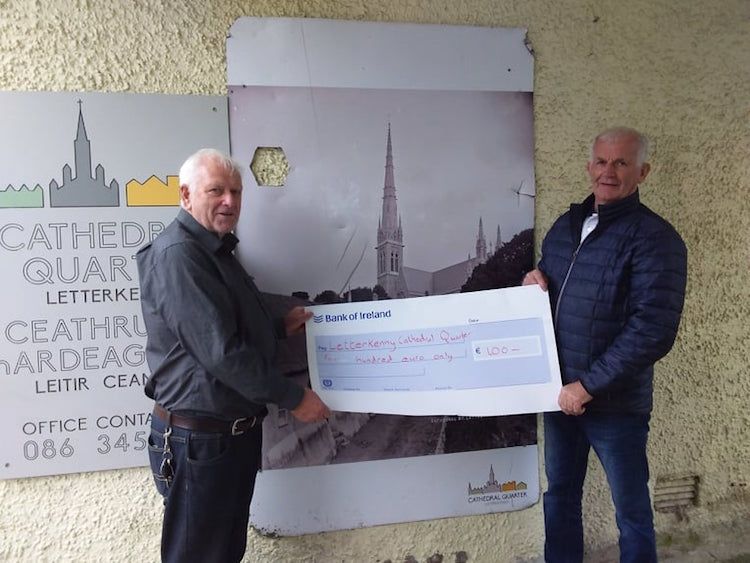 Cllr Donal Kelly presents a cheque to Jim LYnch for sponsorship of paint for the mural at Church Lane in Letterkenny.

Our committee is delighted to have the highly talented artist Ciaran Dunlevy will be painting the mural and his previous work includes a portrait of the famous actress Grace Kelly which Ciaran presented to her son Prince Albert of Monaco.” Mr Harvey added.

Cllr Donal Kelly has sponsored the cost of the breathable paint through an allocation from his Member Funds and Michael Peoples from North West Scaffolding is very kindly donating the scaffolding for the project.

If the Cathedral Quarter committee sell twenty-five blocks they can commence the project, with Ciaran on-site, and which we hope to officially unveil on Culture Night.

Because of our unpredictable weather, there is pressure to get the painting of the mural started and completed as soon as possible.

Mr Harvey added “We are appealing to individuals, groups, local businesses, the Donegal Diaspora to become associated with and support the cost of this original and iconic project.