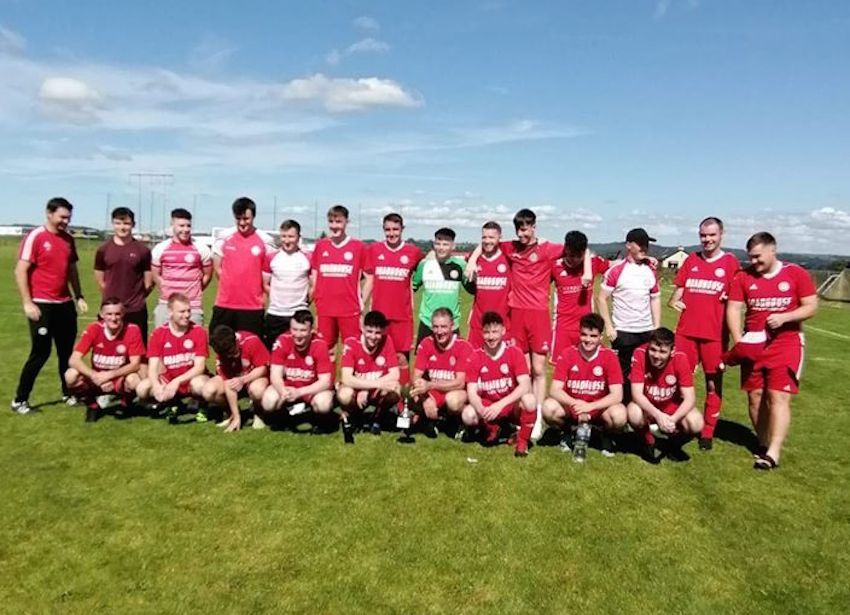 With nearest rivals Drumkeen United not playing, Cappry had a chance to seal the deal – and Jamie Doherty’s men did so in style.

Leo Gallagher, James Speight, Ryan McGee, Kyle Lafferty and Kieran Neeson were all on the mark as Cappry took the title.

It wasn’t until the 53rd minute that the hosts doubled the lead, with Speight tapping home from close range.

McGee shot home from inside the box to add to the tally while Lafferty converted from a Jack Bradley cross to make it 4-0.

The cherry was put on the cake 15 minutes from the end when Neeson tapped home after a Bradley cross was parried by the Copany goalkeeper.