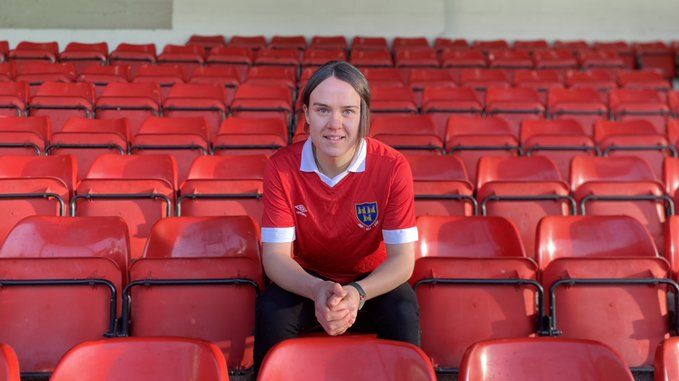 CIARA Grant scored a debut goal as Shelbourne defeated Cork City as the 2020 Women’s National League got off and running.

The Republic of Ireland international, who played for Sion Swifts last year, signed with Shels earlier in 2020.

And the Letterkenny woman wasted little time in making an impression, scoring one of the goals in a 3-1 win.

Grant, who won the Ulster GAA title with the Donegal senior ladies in 2018, has won the Women’s National League twice and the Women’s FAI Cup at Raheny United.

She was part of the Irish U17 squad that finished runners-up in the 2010 UEFA Women’s Under-17 Championship.

Shelbourne were just two points adrift of winners Peamount last season and are aiming to win the title this time around.

Rebecca Cooke bagged a third for the Reds, with Saoirse Noonan netting a consolation goal for Cork via a late penalty.