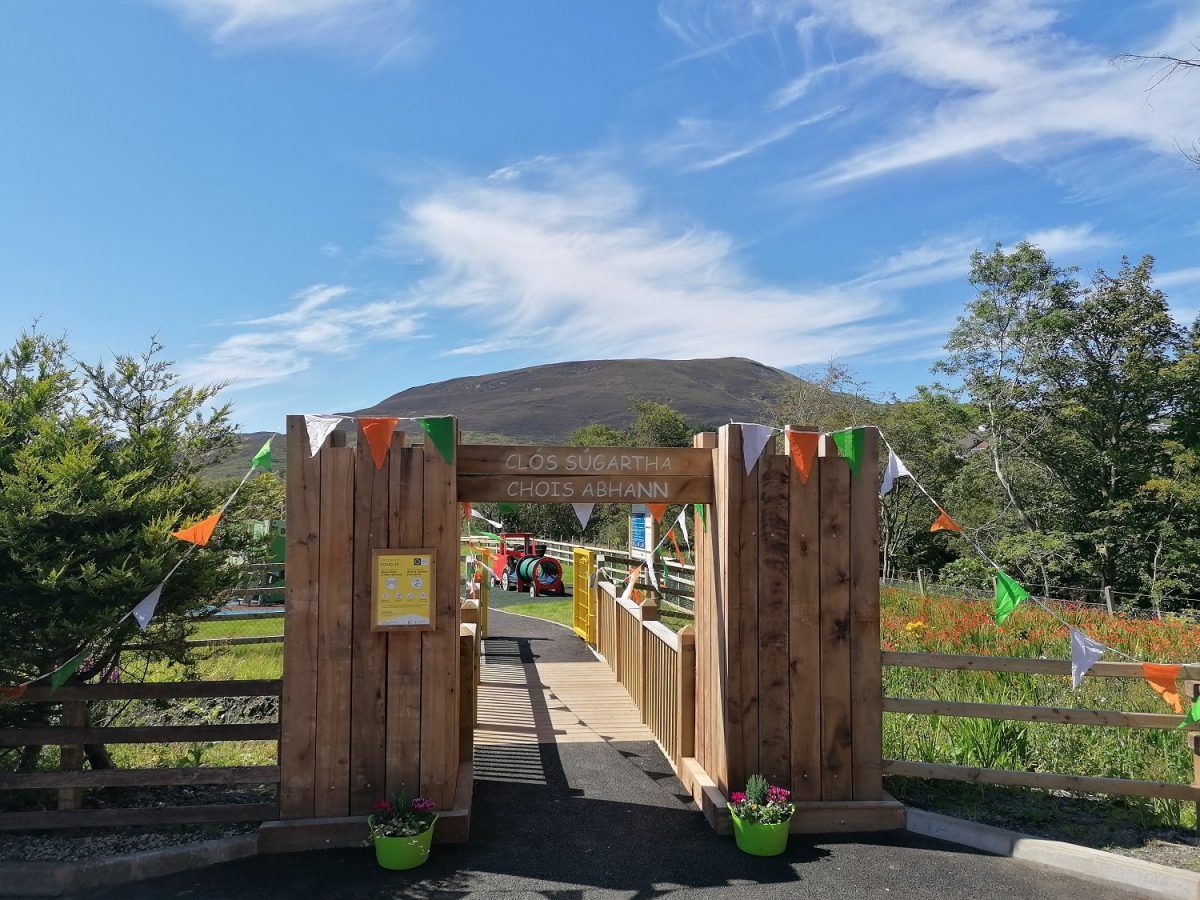 The development of the playground was set as the number one priority for the current development committee when it was elected 18 months ago.

“One had been talked about for 10 years, but the recession and various things got in the way so we identified a site with the support of the community, and acquired the site alongside the river because we want to develop the river as a multigenerational amenity area,” he says. 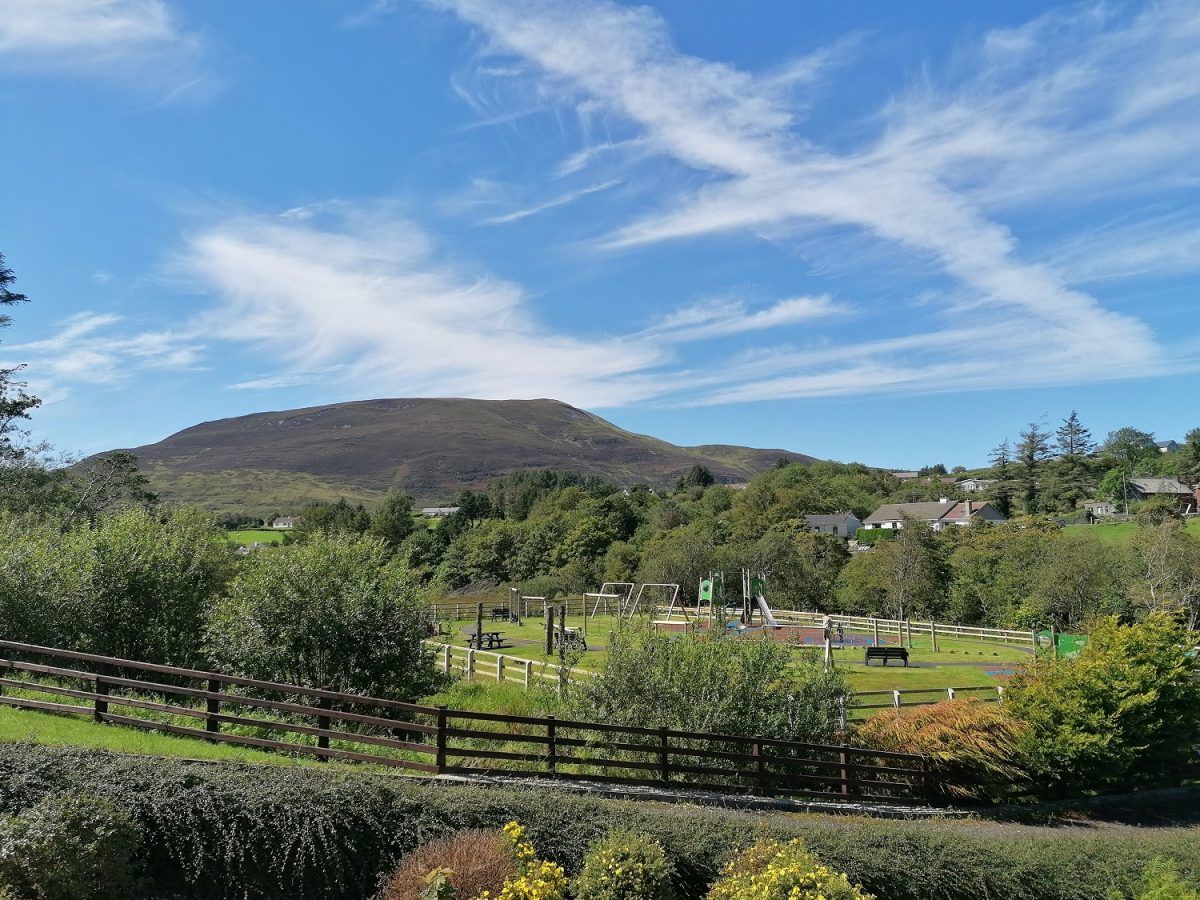 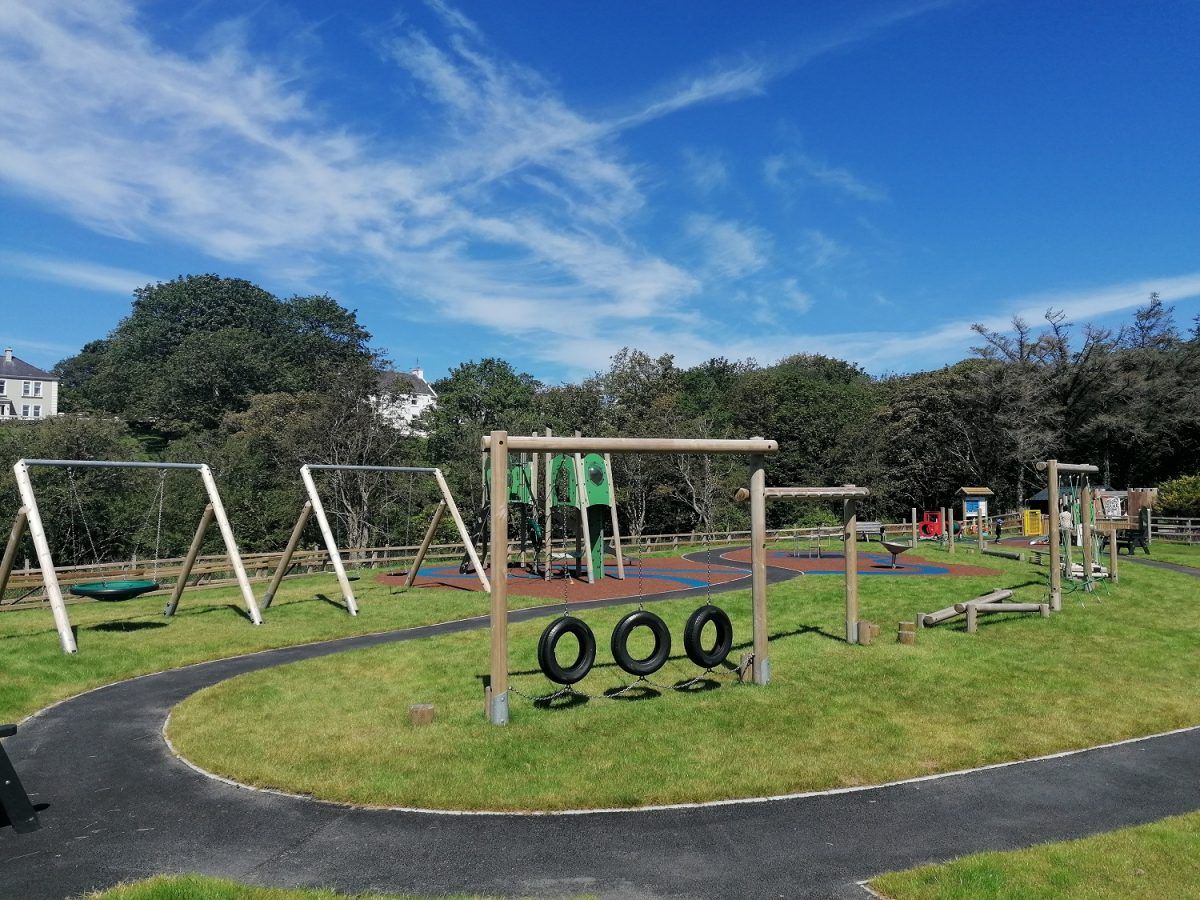 “There was a lot of emphasis on inclusivity when we were selecting the equipment for the playground, and about a third of it is inclusive for kids with additional needs.

“With Covid we decided to have a soft opening a few days ago to reduce the numbers today.

“It was a joy to stand there and see the difference in the playground between when we first saw it finished compared to when we saw it with children in it enjoying it – it was day and night and it’s just brilliant to see.

“The playground is part of a number of other projects. Cllr Niamh Kennedy recently delivered the gym just beside it, and they all sit juxtaposed to the riverside walk we have in Carrick.

“It’s a nature walk, and next month we hope to move on and start work on that by repairing the path and making it safer and more attractive. The only setback we had was last October, the footbridge on the Glen River that connected the village with the salmon leap area was badly damaged.

“We hope to get the support of Donegal County Council and develop that whole area around the river. After that, we hope to concentrate on trying to get jobs and hotspots in the area because unemployment is a huge issue,” he added.

The community had to raise over €40,000 to fund the project, and they easily soared above that number as the communities came together.

For the playground, the sky was the limit for the fundraiser – literally!

Six brave volunteers were set to do a parachute jump/skydive in Carrickfinn, but due to Covid, this has been pushed back.

Aaron Billy Doherty, Adrian Byrne, Andrea Doherty, Mark McHugh, Cllr Niamh Kennedy and Pat Mulkerins were set to don their local GAA colours (Naomh Columba, Chill Chartha and Na Cella Beaga) as they took to the skies to show the 3 clubs coming together for this great cause.

“We also got huge support from the local farmers who run the Carrick Charity Auction. We had our money raised in 9 months because the demand was built up for so long.

“It’s thanks to the people not just in Carrick, but in Kilcar and Glen who have been fantastic in supporting us and our fundraising, people knew it was needed and they really got behind us,” Seamus adds.