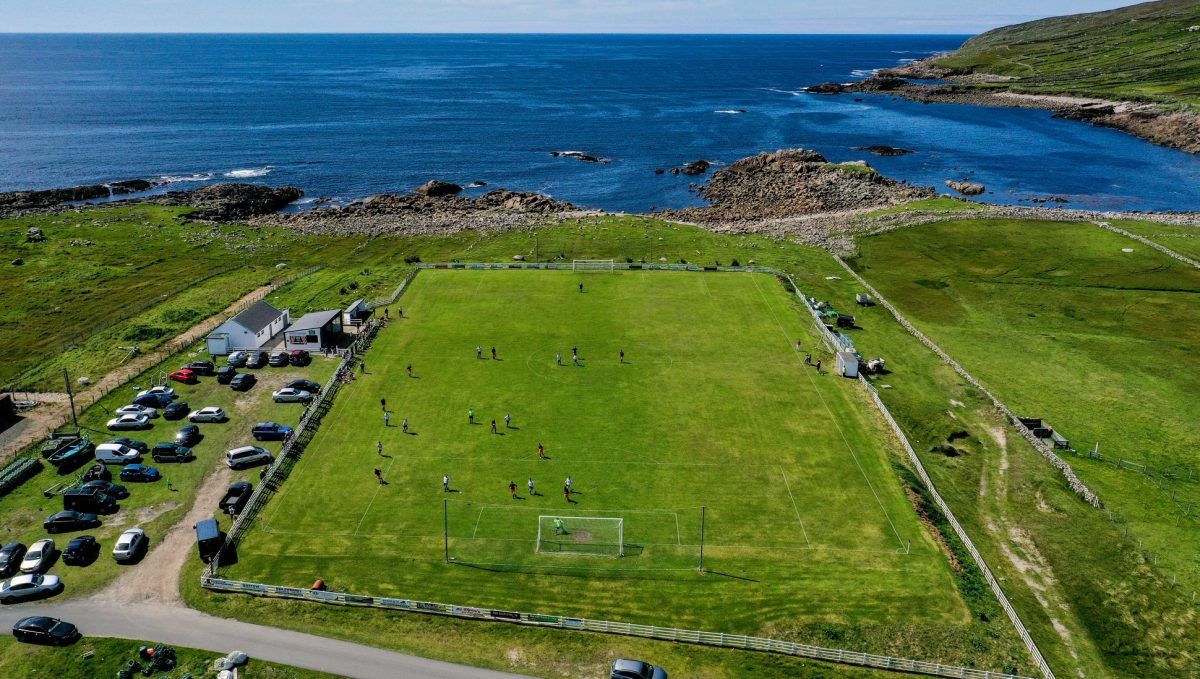 On the day they were featured on the FAI’s facebook page  Arranmore United ran in seven goals in their destruction of Milford United’s reserves.

The match has been switched to Monday 10th August.

On a day where conditions where fantastic for a game of football both teams played out a great game.

The game started at a fast pace and Donegal Town found themselves two up inside ten minutes. First a deflected Barry Mulligan free kick wrong footed Michael Gibson in goal and Mulligan doubled his tally with a penalty. Oldtown were dealt a blow when keeper Gibson was forced off but Krissi Mc Laughlin stood in and played a blinder with a couple of key saves in the game. To their credit, Oldtown fought back before the water break and got a goal back with Tommy Mc Laughlin finding the bottom corner from outside the area. They then equalised when Luke Nelis finished well. The score was 2-2 at half time.

The second half began in the same manner with neither side finding a way through and both defences standing firm until Donegal Town where awarded a 2nd penalty which Mulligan converted again. Oldtown fought back again and got a penalty of their own which was dispatched by Sean Cleary.

The winner came when Tommy Mc Laughlin dribbled to the by-line and his cross was headed back across goal by Sean Cleary for Luke Friel to tap home. Donegal tried to fight back but Oldtown held on for the win. Team performances from both sides with Michael Mongan and Krissi Mc Laughlin standing out for Oldtown

Kildrum produced a dominant performance against an understrength Glenea team and punished them by hitting six goals. It was 3-0 at the break with Michael Ayton getting the first. Dean Murray scored his first shortly afterwards. Darren Mc Carron got the third just before the break when he got a touch on a through ball. Murray got his second of the game with a calm finish. James Mc Nulty headed home from a corner soon after that. Caolan Crossan grabbed the final goal with a strike from the edge of the box.

Cranford got a good win at home in great condition in Cranford Park. Cranford started the better and were a goal to the good after 10 minutes through a Darragh Morrison strike.

Cranford had further chances but that’s how it stayed until the half time break. Morrison got his second early in the second half and soon afterwards a Dylan Mc Bride free kick put the game beyond Drumbar. To Drumbar’s credit they applied late pressure and got a goal back.

Cappry started the game well and took the lead in the 3rd minute when Leo Gallagher headed home a Ryan Mc Gee corner. Cappry were well on top for most of the of the first half but couldn’t find a way through the Copany defence. Cappry started the second half on the front foot and pressed Copany back from the start.

Cappry made it 2-0 in the 53rd minute when James Speight tapped home from close range. Cappry were well on top and made it 3-0 when Ryan Mc Gee scored with a shot from just inside the box. Cappry we’re enjoying their afternoon now and made it 4-0 when Kyle Lafferty finished a Jack Bradley cross.

Cappry wrapped up the scoring in the 75th minute when Kieran Neeson tapped home after the Copany keeper parried a Jack Bradley cross. The victory sealed the title for Cappry.