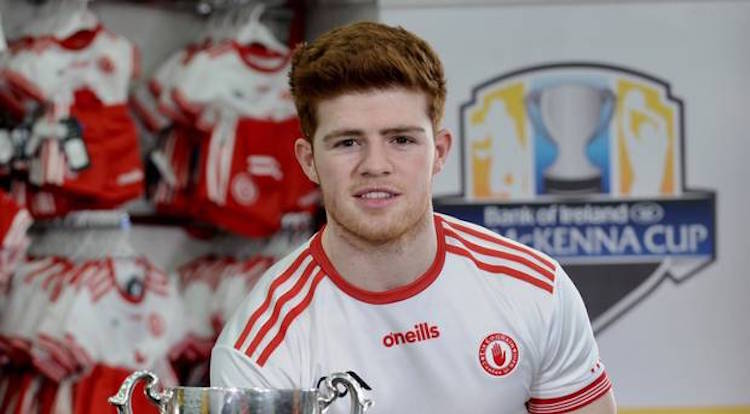 Cathal McShane ruled out for rest of 2020

CATHAL McShane is set to miss Tyrone’s Ulster SFC clash with Donegal due to an ankle injury.

The Owen Roes forward suffered a setback and his season looks to be over.

The Ulster heavyweights will meet on October 31/November 1 in an Ulster SFC quarter-final.

McShane sustained the injury – a dislocation – in February, while playing for Tyrone against Galway. He seemed well on his way to recovery, but now even the late October/early November date seems too soon.

McShane underwent further surgery on the injury in the last ten days and he is now not expected to see action until 2021.