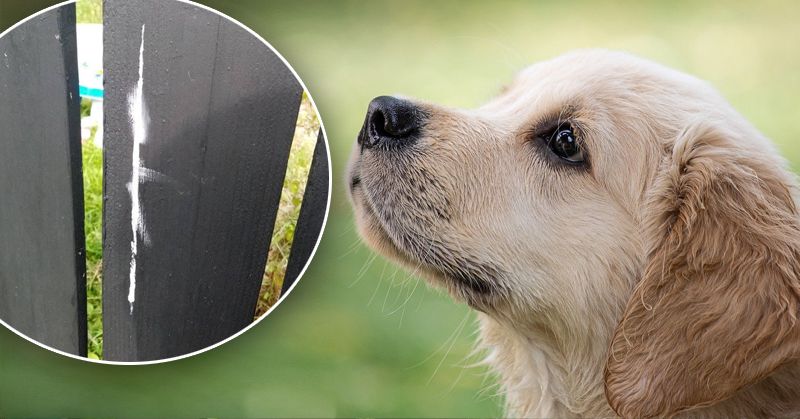 Pet owners in the Ramelton area of Donegal have shared their fears over dog thefts after discovering strange marks on their properties.

New chalk marks were reported on gates in Chestnut Grove and Church Street last week. Another neighbour reported having a yellow ribbon tied to their wheelie bin in the same time frame.

Rumours have been circulated on social media that the markings are signals to dognappers that there are dogs on the property. However, gardaí have said planned thefts are highly unlikely, and other officers in Ireland said the markings may be placed to frighten homeowners.

Local vet Stephanie Lewis is urging anyone with a dog in their garden or backyard to be extra vigilant for chalk marks, yellow ribbon tied on to a fence or cable ties.

Garda Inspector Denis Joyce said there had been only one reported incident of a stolen dog in the Donegal Garda division since 1st March and has called on owners to report any suspected thefts.

“It is not rampant in Donegal according to our records,” Inspector Joyce said.

“If a dog is stolen, tell us about it. A dog is a very expensive animal and definitely should be reported to us.”

Meanwhile, Gardaí are appealing to the public to take extra crime prevention measures when it comes to caring for your pet, particularly high-value breeds of dogs.

It comes after ten dogs that were believed to be stolen were recovered in Limerick last week.

“A number of dog thefts have been reported in recent months,” said gardaí, as they issued advice on pet safety at: https://www.garda.ie/en/about-us/our-departments/office-of-corporate-communications/news-media/dog-theft-crime-prevention-advice.html