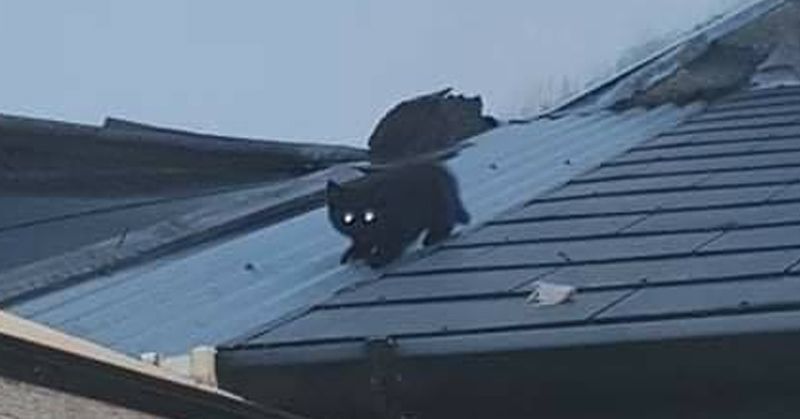 Cats on a hot tin roof saved by rescuers

A family of cats has been successfully rescued from a precarious position on a roof in Donegal Town.

The Animals in Need Donegal charity came to the rescue of a cat and four kittens who were reported stuck above Furey’s Diner on Main Street.

Charity volunteers laid traps during the week and eventually managed to catch the mother cat and her kittens. A visiting tom cat was also brought to safety, in a surprising turn of events. The tom cat had an injured paw, but is now receiving care and is being neutered. The mother cat has also been spayed.

“Thank you to the local business that alerted us to the danger the wee family was in and have helped monitoring the traps all week,” said a notice from Animals In Need Donegal.