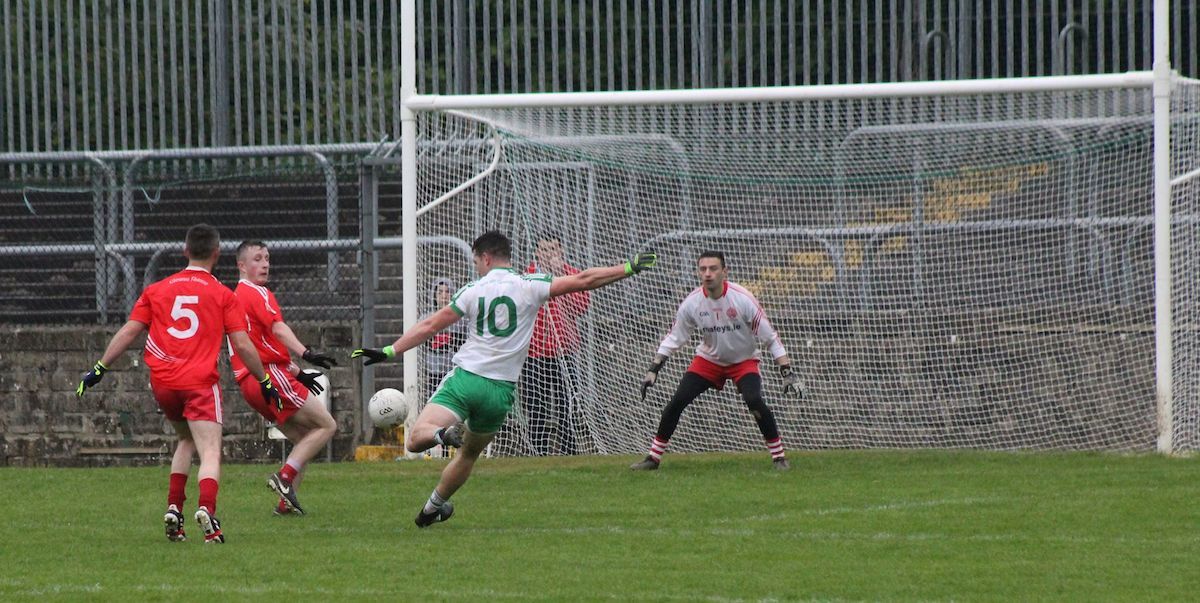 A LOOK around the circle after a win over St Naul’s on Saturday evening allowed Andrew Walsh rise some optimism for the future.

Glenfin had to wipe the board clean in 2016 when they were relegated to the Intermediate championship.

Picture: Glenfin goalkeeper Andrew Walsh gets ready to face a shot from Sean MacCumhaills during a previous meeting. Picture by Chris Doherty.

Within 24 months, the An Gaeltacht Lár side were back, having beaten favourites Aodh Ruadh in the 2018 IFC final.

A quarter-final appearance in the SFC last year, when they ran eventual champions Naomh Conaill mightily close, was evidence, they felt, of their belonging on the top run. Now, with two wins from two, following defeats of Killybegs at St Naul’s, they’ve the toes tagged, surely, for the knockout phase again.

“Hopefully we can kick on and get an extra couple of points for a home quarter-final if we can manage it.

“We’re happy enough. We’ll get a plan for the weekend and we’ll have the last game at home. It’s been encouraging so far and hopefully it’ll keep going well for us.

“We’re building nicely. We have a lot of young lads coming through. The likes of Stephen Carr, Ross Marley, Odhran McGlynn and Jason Morrow, and we’re missing Karl McGlynn too are flying. 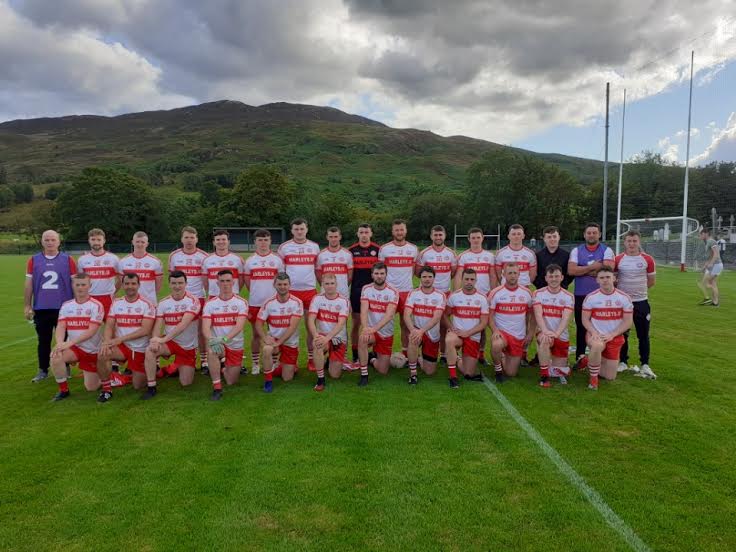 “It’s great to have them. We’ve been building nicely since the Intermediate.”

Glenfin make the short trip to Ballybofey on Saturday for a derby date with old foes Sean MacCumhaills. The Twin Towns men have also obtained maximum points from their opening pair of championship outings, which adds even extra spice to Saturday’s showdown at Sean MacCumhaill Park.

Glenfin sharpshooter Gerard Ward has done the heavy lifting for the last two weekends, scoring eight points against Killybegs and accounting for 1-10 in the win over St Naul’s.

Walsh has hailed the influence of Ward, a 2006 Ulster MFC winner with Donegal.

The Finner-based soldier said: “He just manages to do that. Gerard is brilliant. He shows for everything and he’s on fire at the minute.

“Even when they’re man-marking him, he still gets away. Other teams have the free takers who are absolutely brilliant. Every team needs one.

“Lucky enough, we have Gerard. He has won us more games than enough.”

Glenfin were nine points up, with Walsh himself landing a fine ’45 in the first half. St Naul’s did hit back in the second half, but it was a pretty comfortable win for Glenfin.

Walsh said: “We didn’t plan to take the feet off. St Naul’s came back at us. They had a plan and pushed Gavin up as an extra man. That’s hard to keep a track of.

“He roamed about and made a nuisance of himself. They did come back at us and kicked a few points. We’ll take the positives now and get set again for the weekend.”