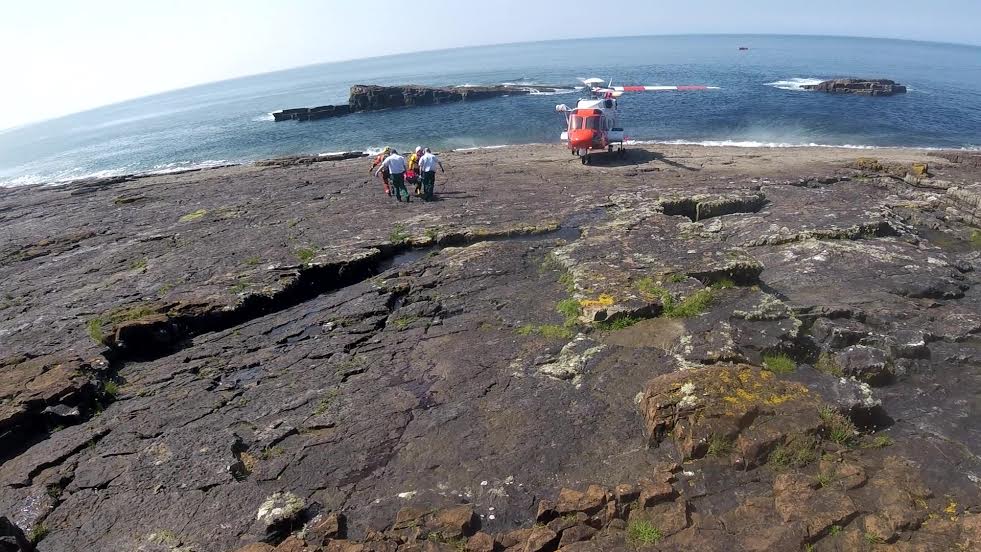 THE volunteer crew of Bundoran RNLI Lifeboat was this afternoon requested to launch to assist a person who had fallen from cliffs at Mullaghmore Head in County Sligo.

The female casualty was found unconscious at the bottom of a cliff by passers by who immediately contacted the Coast Guard who in turn launched the Bundoran lifeboat as well as the Sligo based Rescue 118 helicopter.

On arriving on scene just before 2pm, the casualty was already being treated by ambulance and helicopter crew. An advanced paramedic member of the lifeboat crew also went ashore to assist.

On returning to the station, crew member Rory O’Connor said: “The casualty was very lucky that she was spotted and that the alert was raised so quickly. We would remind anyone that if they see anyone in trouble on the coast to ring 999 or 112 and ask for the coast guard.”