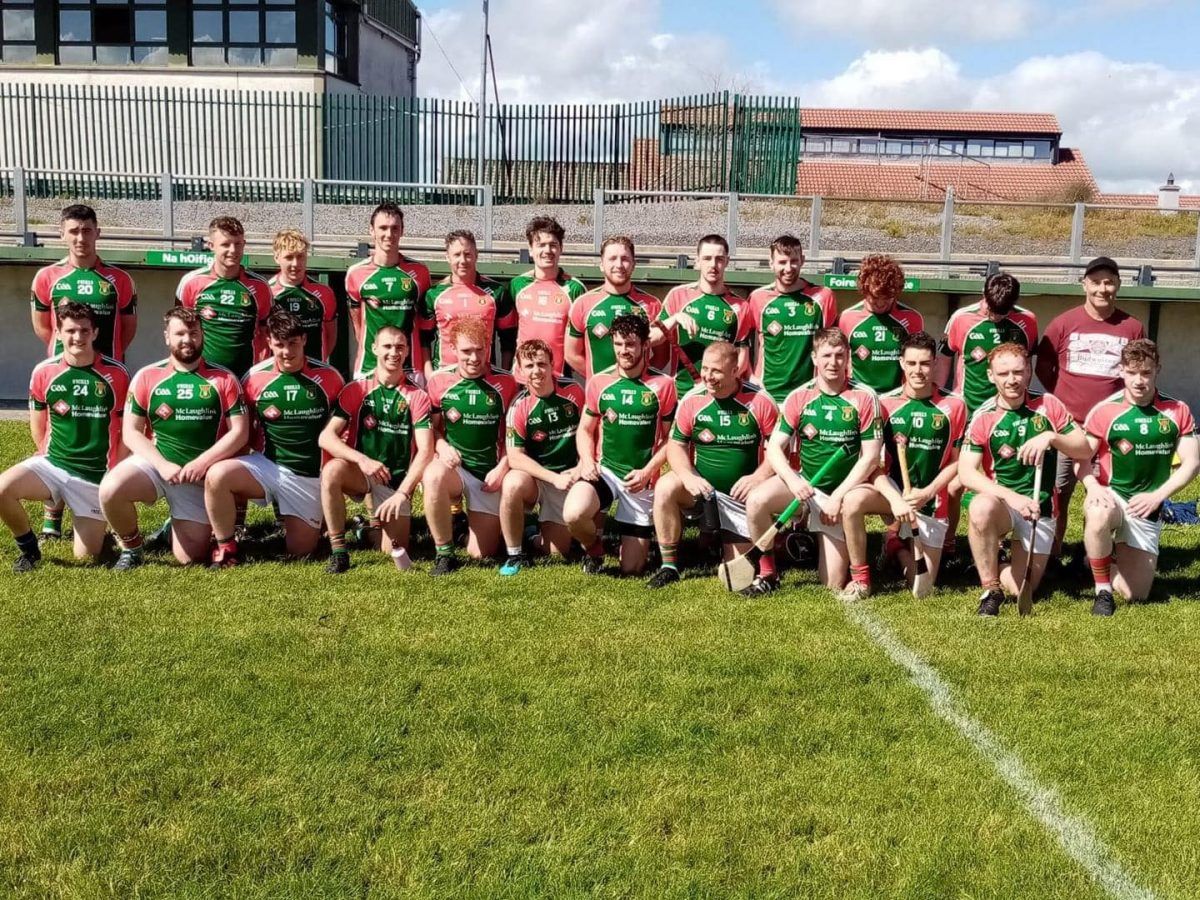 written by Alan Foley August 13, 2020
FacebookTweetLinkedInPrint
Carn had a comprehensive win over Letterkenny Gaels on Sunday in Foden in the last group game of the Junior Hurling Championship.
Carndonagh 3-20 Letterkenny Gaels 1-6
The full squad was utilised on a day when the home team were down a few regulars and they showed the full depth of the squad available and ended the league stages with three wins from three.
Carn started very well with a quick-fire goal from John O’Donnell and point from Conal Doogan before Gaels stuck back with a point of their own. Further points from O’Donnell and Cormac Mongle were followed up with a great goal from Paddy Monagle after a flowing move from back to front. Gaels fought their way back into the game before half-time and scored a goal and added two more points but Carn finished on top with further points from John O’Donnell, Paddy Monagle and Anthony Doherty to lead at half-time 2-7 to 1-4.
Carn came out determined to use the advantage of the wind as much as possible and were very impressive in the second half.
Stephen Byrne was solid in goals while full-back line Dermot Doherty, Mark Diver and Michael Taylor kept the Gaels forwards from causing too many problems. Carn’s half back line were their usual dominant selves with James  and Danny Monagle as well as Danny McCarron winning all aerial duels and cleaning up anything that hit the ground.
In midfield, Anthony Doherty and Eoin Kelly had a lot of running to do up against an energetic Gaels midfield but more than held their own. Paddy and Cormac Monagle and Conor Fagan in the half forward line were a constant threat going forward with each adding scores.
Conal Doogan, John O’Donnell and Joe McKinney in the full-forward line were on top of their men and scored most of the opportunities created.  Joe put in a stint in midfield for the second half and did very well. Other second half subs Aiden Kelly was very solid in the full-back line while Liam Fox and Christopher Kelly played well in attack and helped setup some scores.
In total Carn addedone1 goal from John O’Donnell and 13 points in the second half with scores from James Monagle, Eoin Kelly, Paddy Monagle, Conor Fagan, Cormac Monagle and John O’Donnell to leave final score Carn 3-20 Letterkenny Gaels 1-06.
Carndonagh top the group and now have 6 weeks to wait until our semi-final on September 20th
Carndonagh seal semi-final spot in JHC with win over Letterkenny Gaels was last modified: August 13th, 2020 by Alan Foley
FacebookTweetLinkedInPrint
Tags:
2020 Donegal JHCCarndonaghLetterkenny Gaels