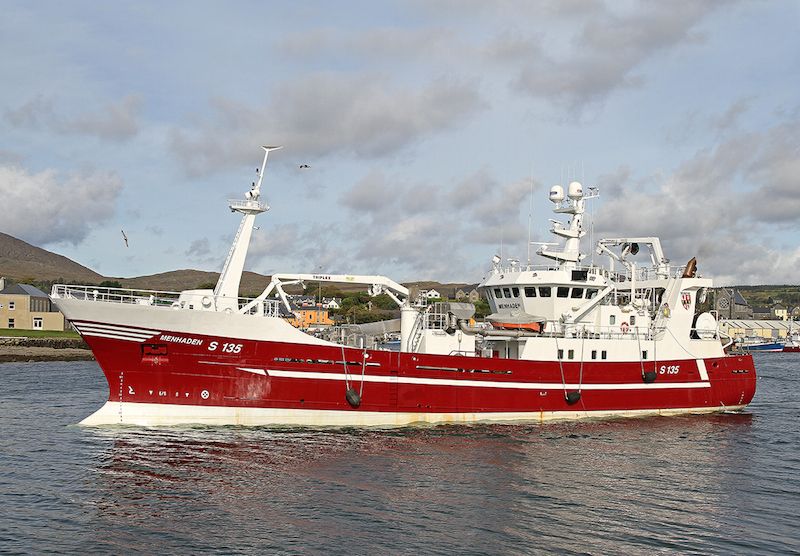 SAFETY equipment and procedures on fishing trawlers has showed a ‘noticeable increase’ since the tragic death of a fisherman in Killybegs in March 2019, an inquest into his death heard.

John McCarthy (62) from Castletownbere, County Cork, died by drowning when he fell between vessels as he returned to the Menhaden, the boat on which he worked as an engineer for 39 years.

David Kelly, who was working as a cook on the Menhaden, told Letterkenny Coroners Court how he had left the Menhaden to socialise in Killybegs on March 13, 2019. They went to watch a match between Liverpool and Bayern Munich at The Bayview Hotel.

After leaving the Bayview, he met Mr McCarthy at the harbour.

They went to Hughie’s bar, later moving onto The Cope bar and at around 11.15pm, Mr Kelly asked if they could avail of a room on the premises, owing to the bad weather outside.

Mr McCarthy left and was located in a takeaway by Mr Kelly, who persuaded Mr McCarthy to return to their lodgings at the Cope.

Mr Kelly recalled how Mr McCarthy left again but he persuade him that they were better to stay in the room than return to the Menhaden in such rough conditions.

Mr McCarthy returned to the bar to finish his drink and text a cabin mate at 1am to confirm he was staying at The Cope. Upon returning to the room, he noticed that Mr McCarthy was gone.

The following morning, he woke to a text from a cabin mate asking if Mr McCarthy was along with him. When he went back to the boat, he told the skipper how there was no sign of Mr McCarthy. He had known Mr McCarthy for the last 18 years.

Mr Kelly said he decided to stay ashore due to ‘poor coordination, movement tot the boat and slippery conditions’.

Shane McCrudden from the Killybegs Coast Guard said he took a call at 12.51pm from Malin Head regarding a missing fisherman.

A unit was launched at 1.10pm from Auction Hall Pier. At 1.40pm, the crew received a report of the finding of a body, which was moved as the tide was incoming at the time.

Mr McCrudden said crossing between boats was a ‘risky manoeuvre’.

He told coroner Dr Denis McCauley that there were now a lot more gangways on vessels since this incident. There was, he said, a noticeable increase’ in gangways.

Mr Kelly agreed, saying that the entire safety aspect had increased on vessels since Mr McCarthy’s death Mr Kelly said there were still ‘the odd one’ not using a safety net underneath the gangways.

Earlier this year, the Marine Casualty Investigation Board (MCIB) made a recommendation that the Minister for Transport issue reminders to vessel crew of the danger of boarding and transiting across boats and telling them that gangways should be properly attached.

The MCIB also recommended that the Minister also remind crews of the dangers associating with boarding and transiting while under the influence of alcohol.

Scenes of crime investigator Garda Kevin Coyle examined the Menhaden. There was an aluminium gangway between the Olgarry and the Grip Transporter, the first two boats, he told the inquest.

There was no gangway between the Grip Transporter and the Menhaden and there was a net underneath the walkway.

Garda Coyle said that during the course of his investigation he had made the crossing, but with the assistance of the coast guard crew.

The deposition of Ryan Murphy, the skipper of the Menhaden, was read in his absence.

Mr Murphy told how they arrived in Killybegs on March 9 and the boat was tied up on the third berth, outside of the Olgarry and the Grip Transporter.

On the morning of March 14, another engineer on the Menhaden told Mr Murphy that Mr McCarthy – usually an early riser – was not in bed. Mr Murphy sent Mr McCarthy a message on WhatsApp, but it didn’t deliver. After an hour, Mr Murphy went to the harbour master’s office and viewed CCTV.

There was strong winds and heavy rain at the time.

A crew member, Mr Murphy said, recalled hearing a shout, but he believed he had been dreaming.

Coroner Dr Denis McCauley said Mr McCarthy had died of drowning and it was an accidental death,

“Three factors would have tended not to go near the crossing: With alcohol on board; the surface of the boat was difficult because of the weather; and there was also a certain amount of movement.

“We don’t know if he maybe fell and hit his head, but there was no third party involvement.”

Dr McCauley thanked the Gardaí, the emergency services and the volunteer crews who attended.

“The voluntary work involved in circumstances like this should always be appreciated,” Dr McCauley said.

Dr McCauley sympathised with Mr McCarthy’s family and Sergeant Lynch conveyed his condolences on behalf of An Garda Síochána.