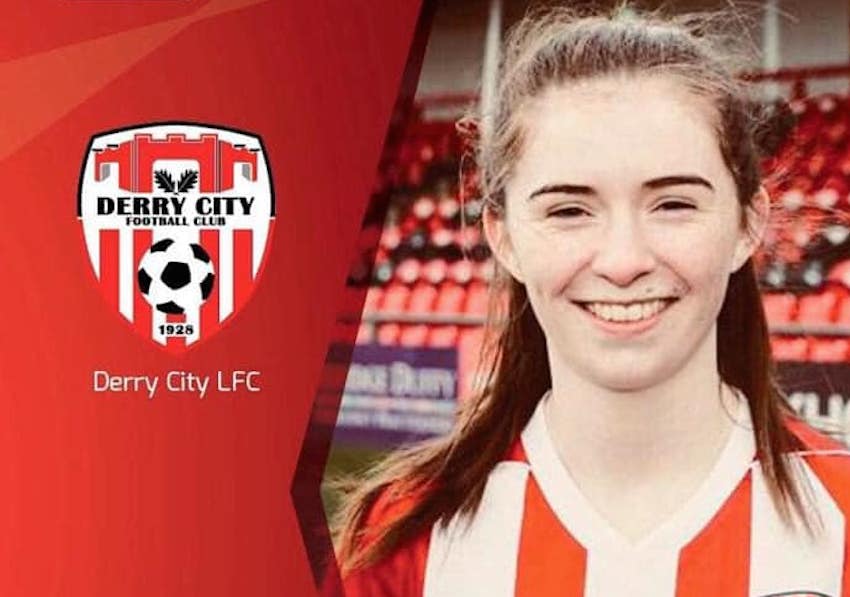 Buncrana woman off to America on soccer scholarship

A YOUNG Donegal footballer is heading off to take up a soccer scholarship in America.

Leah McDaid from Buncrana is set to begin her first term at Life University, Georgia.

McDaid was most recently on the books of Derry City in the NIFL Women’s League. McDaid came up the ranks at her native Bucrana Hearts.

Having moved to Derry City’s Under-19 squad initially, she advanced into the Candystripes’ first team squad.

A call-up to the Northern Ireland under-19s followed as McDaid’s showings attracted attention.

Now, the former Crana College student is off to the USA.

She is the second Donegal sportsperson to take up a similar offer recently. Finn Valley athlete Cassie Lagan has moved to take up a scholarship at nearby Augusta University in Georgia.