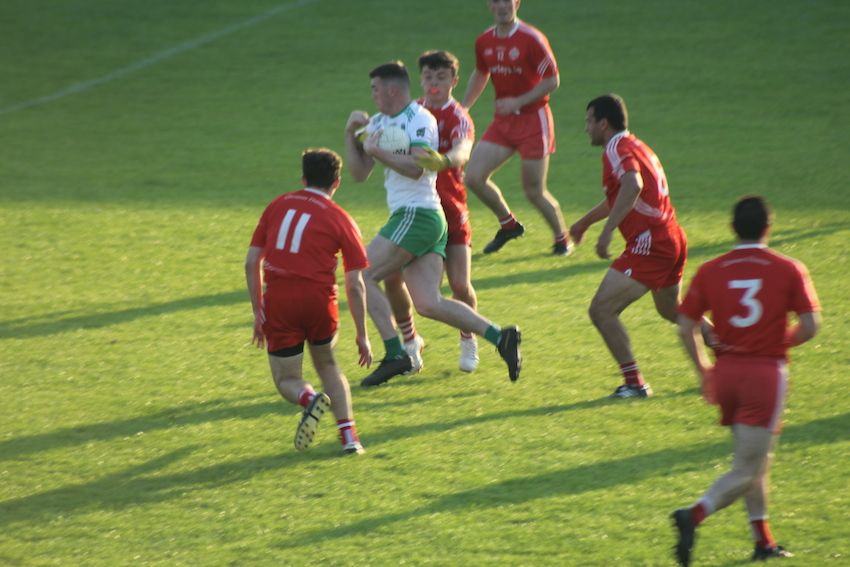 WITH the final kick of an inseparable night, Gerard Ward secured a dramatic draw for Glenfin against old foes Sean MacCumhaills.

The two teams remain unbeaten ahead of what now promises to be a cracking last day of action tomorrow-week.

This was in marked contrast to a timid Regional League outing last month. The intensity here was more befitting of a Finn Valley derby and it was proper Championship fare for the sizeable crowd with Donegal ace Oisin Gallen landing some magnificent points for the home side.

Ward’s free, five minutes into added time at the end, brought the teams level for the ninth and final time.

It arrived just when it seemed as if a delightful point by corner-back Martin Gallagher would provide the winner.

First-half goals by MacCumhaills’ Nathan Gavigan and Glenfin’s Stephen Ward had the game in the balance and the Twin Towns side just couldn’t manage to worm away far enough. 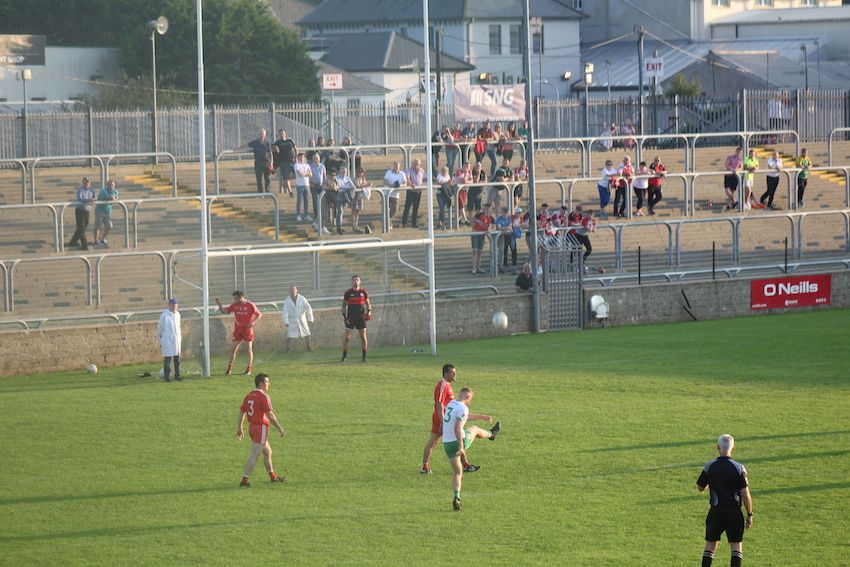 MacCumhaills had a dream start, with a goal after only seven minutes. Former Donegal player Martin O’Reilly transferred onto Jamie Keegan, whose first-time attempt was skewing away from the target until Gavigan intervened. The midfielder was already taking aim as he fetched before riffling past Andrew Walsh with a fine finish.

The game, played in gorgeous evening sunshine, beaming down from above Drumboe, began at a rapid tempo, Gallen arching over with only 20 seconds ticked on the watch.

Points from Odhran McGlynn, Ross Marley and Jason Morrow kept Glenfin in touch, but Chad McSorely and a monster point from a sideline kick by Gallen jolted the bolts through the hosts. Gallen was on the chalk at the 13-metre line in the shadows of the stand. The moment it left the outside of his right boot to emerge from the shade the flag could have been hoisted. 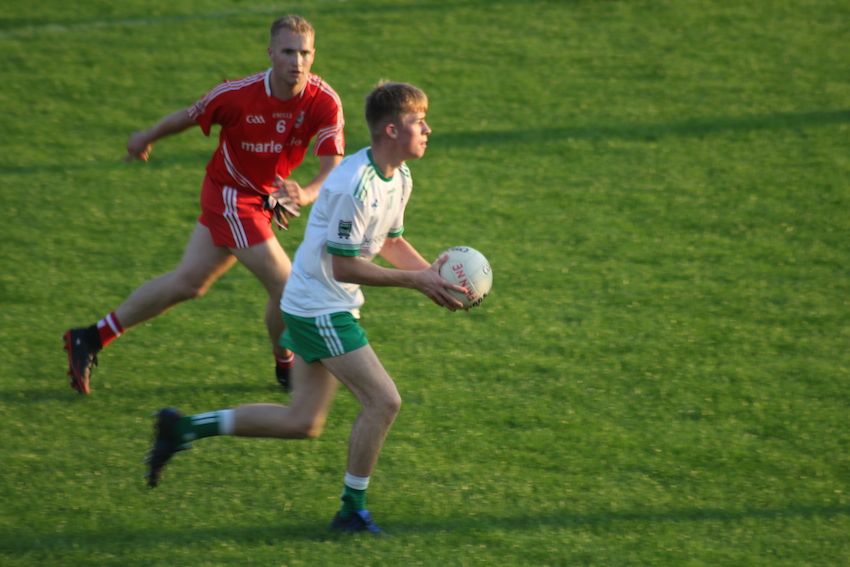 Gallen followed his majestic score with a free to put four between them, but Glenfin announced their arrival once more on 17 minutes.

Frank McGlynn marauded towards goal – as so often he did in Donegal’s colours on the same blades – and off-loaded for Stephen Ward. He still had work to do, but a clever dummy was bought and Ward tucked low to the net.

A minute later, just as the water break was being called, Odhran McGlynn landed a big score from the left wing to draw the teams level.

Three in a row, Gallen pointing in between a brace from Keegan, had MacCumhaills three in front, 1-8 to 1-5, only for a booming free by Andrew Walsh, the Glenfin goalkeeper, to narrow the margin.

Gerard Ward had been in scintillating form in the 2020 SFC, scoring a combined 1-18 across the opening two games. Ward’s first two points of the evening here restored parity, 1-8 apiece, as they parted for the interval.

As Jimmy White called the water break midway through the second half, Gerard Ward dropped short with a free that could have put Glenfin ahead for the first time. 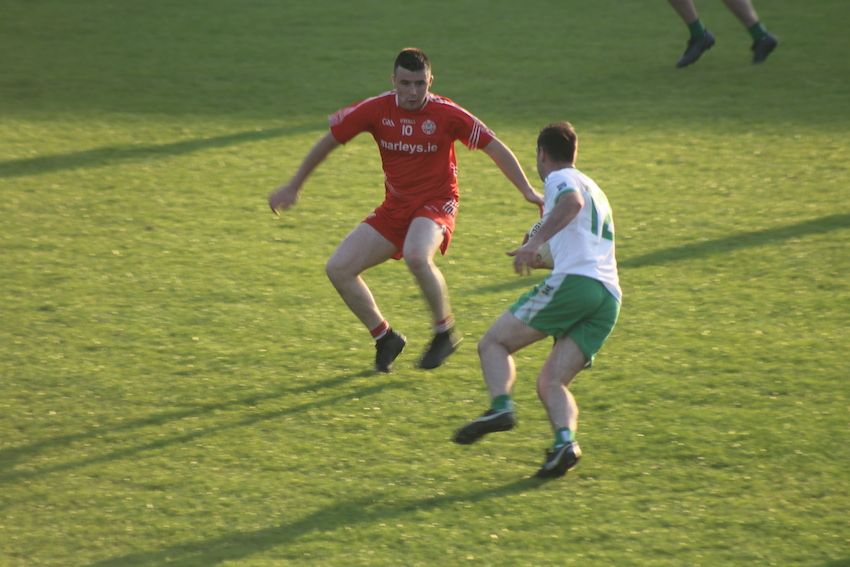 McSorely and Odhran McGlynn and then Gallen and Walsh had traded points in a tit-for-tat start to part two.

It remained thus heading down the home stretch.

Gallagher seemed as if he was the hero of the night with one of the scores of the game – curling perfectly over from the right-hand side – until Ward intervened. There was no time left even for Eoin Gallen to take a kick-out and the spoils were shared.