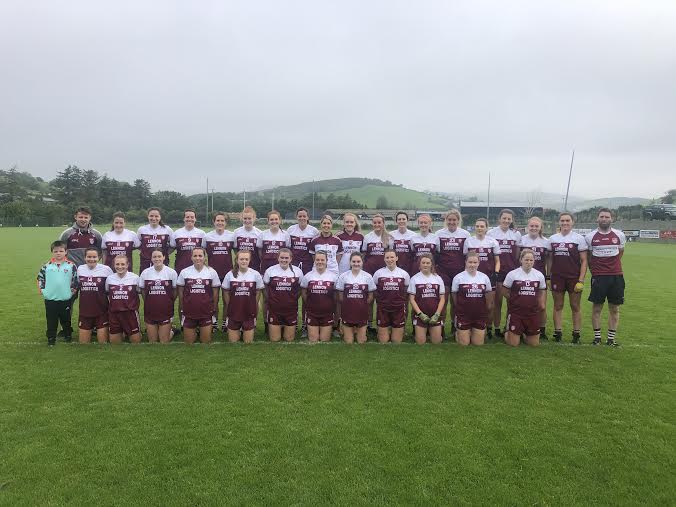 TERMON ladies secured top spot in the Donegal ladies senior championship group with a routine win over Glenfin this morning.

It was a morning of shadow boxing in many ways with these two clearly having their minds further down the track.

Geraldine McLaughlin scored 1-9 as Termon, the defending champions, had 13 points to spare, but Glenfin held the likes of Yvonne Bonner, Karen Guthrie and Anna Marie McGlynn in reserve.

McLaughlin’s goal, after 14 minutes, had Termon firmly on their way at half-time, when they led by 1-8 to 0-1, while youngster Ciara McGarvey hit the second goal for the Burn Road side.

There was a rather unfortunate side show that delayed the throw-in and rumbled throughout the first half.

Glenfin objected to Termon recording the game. The home club were streaming the game on their Facebook page while the match was to be separately recorded for analysis purposes.

Glenfin contested that their permission had not been sought; Termon countered that they had obtained the relevant authority.

Meanwhile, the game was ongoing and Termon rolled into a 1-3 to no score lead, McLaughlin showing her predatory instincts to bat home from close range after getting on the end of Bridget Gallagher’s centre.

The filming was ceased midway through the opening half with the Glenfin management at one stage during the opening exchanges suggesting they they’d ‘pull’ their team from the game.

Clubs who obtain permission to record games are required to give a copy to their opponents. Glenfin’s argument, though, cited concerns regarding the filming of minor players, for whom they said parental permission had not been given.

The ins-and-outs of it rolled, but the whole episode was certainly regrettable given the ladies game’s ongoing struggle for coverage and limelight.

McLaughlin had struck three early points before the goal widened the margin further.

Glenfin’s Brenda Carr tucked over a free on 16 minutes with the An Gaeltacht Lár side’s only score of the opening half.

A brilliant over-the-shoulder point from Gallagher – who scored three first-half points – put eight between them while McLaughlin landed the last score of the half to put the deficit to ten.

Katy Herron hit the woodwork with two frees early in the second half as Glenfin sought a way back.

McLaughlin got on the end of a good move involving Eimear Alcorn and the influential Nicole McLaughlin to get the home team off and running again,

A superb point from the outside of Roisin Friel’s right boot kept Termon’s momentum going.

Sharon Connaghan, the Glenfin goalkeeper, saved superbly from Gallagher as Termon looked for a second goal.

Gallagher was also denied by a square ball infringement as she rose to palm home after Olive McCafferty and McLaughlin combined.

Late in the game, sub McGarvey – who has been making a fine impression in this championship – finished well after being teed up by McLaughlin.

Glenfin bagged a goal of their own in the closing stages as sub Colleen McGrath kept her cool for a neat finish.

Glenfin didn’t seem too troubled by their morning’s work, mindful of the trio of aces to slot into their pack while Termon will simply be content to have obtained the top spot.

A bigger showdown awaits and the sequel, when it comes, as inevitably seems so, will be a rather more intriguing watch.