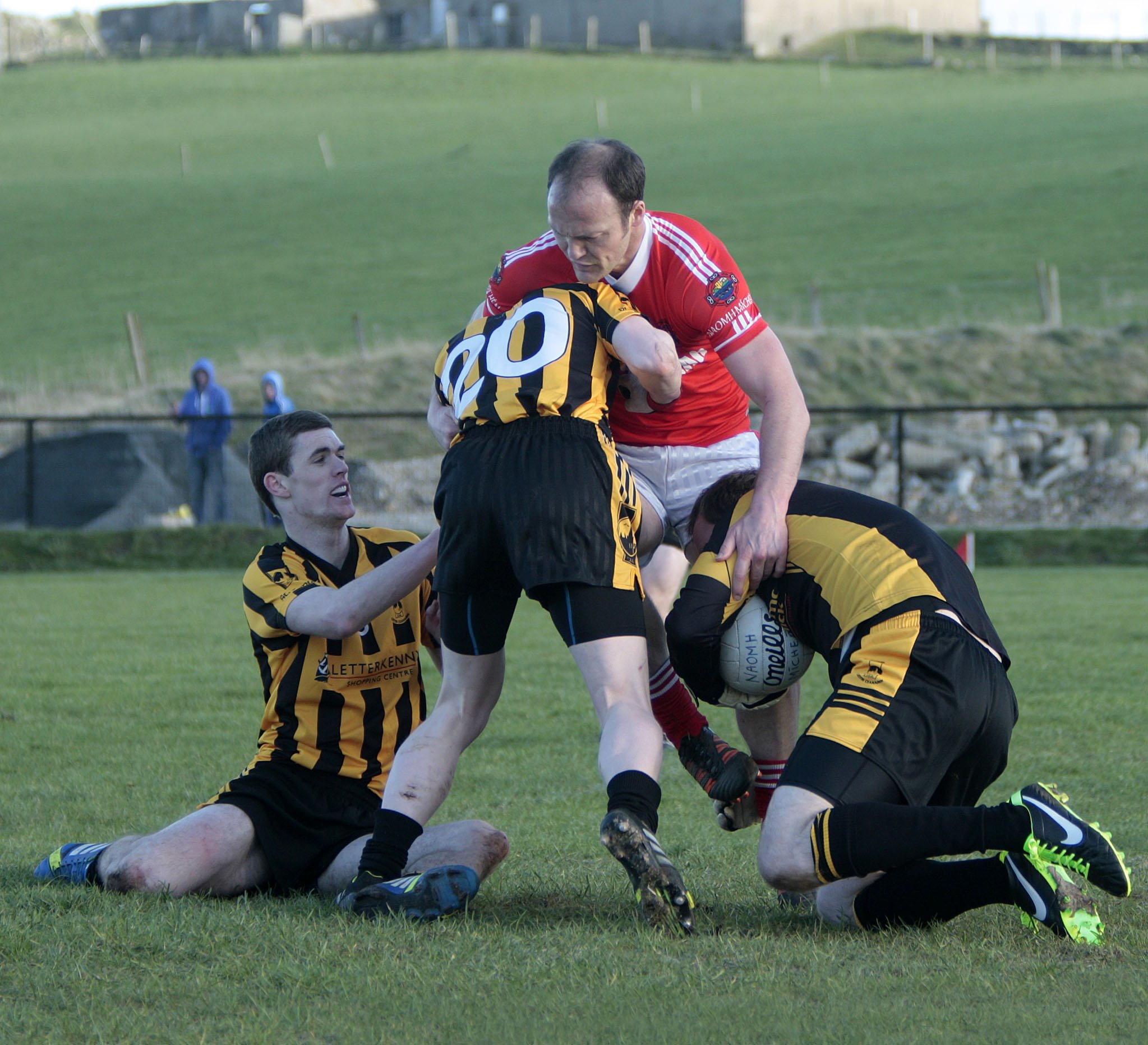 The meeting of St Eunan’s and St Michael’s is perhaps the standout tie in the fourth round of the Donegal SFC. The team from Dunfanaghy have won their first three outings in the SFC, whilst St Eunan’s have five points from six following their respective wins over Ardara and Killybegs today. Elsewhere, Glenswilly look to be in trouble with a fixture at home to Naomh Conaill and Bundoran will fancy their chances of a last eight berth if they can win in Ardara. All fixtures will be played at the same time next Sunday at 3pm Full draw: St Eunan’s v St Michael’s Dungloe v Killybegs Ardara v Bundoran Termon v St Naul’s Glenswilly v Naomh Conaill Milford v Four Masters Gaoth Dobhair v MacCumhaill’s Glenfin v Kilcar Stipulations: 1 – If two teams end up on the same points, head to head is the first used, then score difference, then scores for, then play-off 2 – If more than two teams finished on the same points, the first point of differentiation is score difference, then scores for, then play-off
St Eunan’s v St Michael’s is the clash of round four of the Donegal SFC was last modified: August 16th, 2020 by Alan Foley