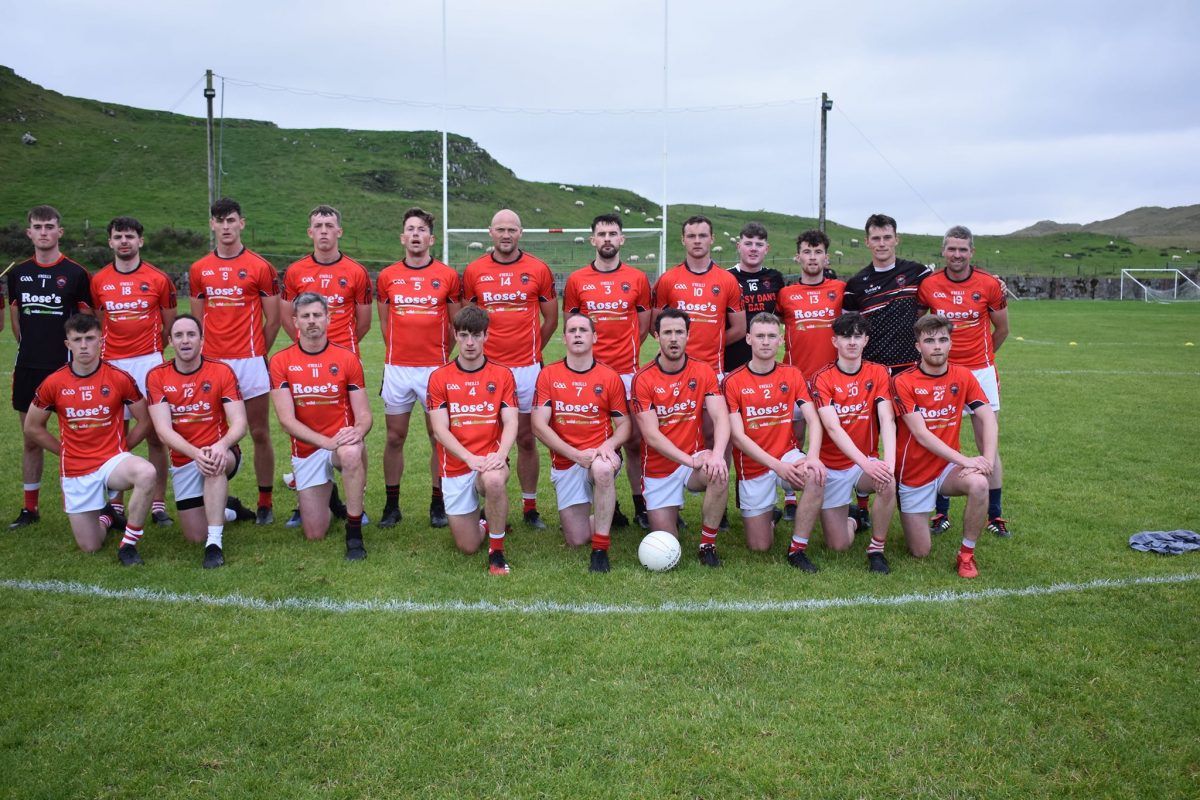 By Chris McNulty at The Bridge

McFadden’s goal, in the second minute, was a key moment as St Michael’s eventually put Ardara to the sword at The Bridge.

Colm McFadden posted seven points as St Michael’s followed up earlier Championships wins over Glenswilly and Milford to go into the final weekend of group games on maximum points.

Gary O’Neill’s team might not have hit the high notes, but they managed to weather the storm to grind out the win that confirms their place in the last eight.

It was far from straightforward at times as Ardara put up a gallant fight – buoyed by a handful of scores by Stefan Boyle – only to see the steam run out during vital spells of the second half.

St Michael’s were already without Donegal midfielder Michael Langan and 2012 All-Ireland winner Christy Toye when Stephen Doak was forced off after only six minutes.

The influence and drive of Langan and Toye was notable from St Michael’s, though they hit a dream start with a goal after just 91 seconds.

A ball over the top caught the Ardara rearguard cold and Colin McFadden seized the moment. McFadden surged through and cracked past Matthew McGlynn, the Ardara goalkeeper.

A brace of points, both in the 15th minute, by Colm McFadden kept St Michael’s on top, but the lively Ardara forwards hit five-in a row to take the lead.

Johnny Sweeney and Boyle each landed a brace with Lorcan O’Donnell also on target. Boyle’s second, from an acute angle on the left-hand side, was the pick of the lot in the purple patch.

The Kentucky men had suffered defeats to Sean MacCumhaills and Naomh Conaill in their opening two games, but Adrian Brennan’s men brought plenty of energy to Dunfanaghy.

Ryan Malley, whose surging runs were causing quite an amount of angst for the St Michael’s defence, kicked a fine score to restore the lead, but McFadden’s fifth of the afternoon had the teams level.

Conor Classon, who entered as a half-time substitute, was black carded for a foul on Colin McFadden just ten minutes into the second half, while McGrath had to leave the action on 39 minutes feeling the effects of an injury.

Boyle curled over a superb score ten minutes from the end to break Ardara’s second-half duck.

McElhinney arrowed over to open up a four-point lead.

Johnny McHugh and Boyle helped lead Ardara and keep the Pearse Park men in the fight.

McHugh and Callum Melly reduced Ardara’s arrears to two, but  but St Michael’s – who lost Antoin McFadden to a black card in the closing stages – had enough done, but only just.