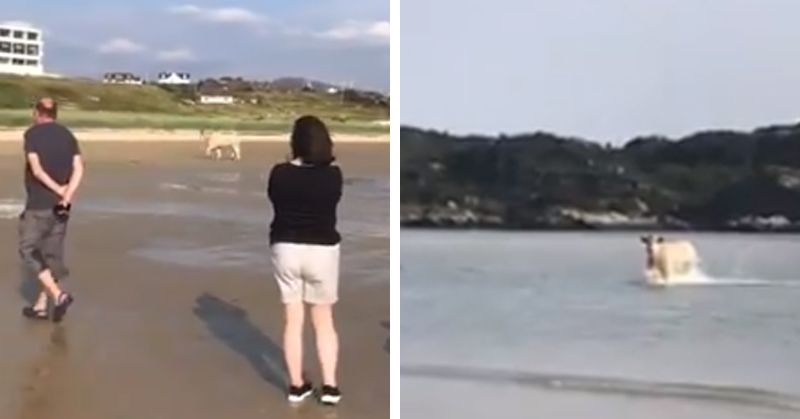 Sandcastles, sunbathers, swimmers – just some of the things you’ll see on a good day at a Donegal beach.

But a cow is not usually one of them!

Beachgoers at Bunbeg in Gaoth Dobhair were stunned to see a cow mooving through the water on Saturday. The animal made its way past the famous Bád Eddie shipwreck before making a break for it across Magheraclogher beach.

People on the beach were quick to get their phones out to video the strange scene.

So this just happened on Bunbeg beach. 🐮 pic.twitter.com/o4TPke6g13

Caoimhe O’Connell, whose video is going viral on Twitter, said it seemed the cow got stranded on an island when the tide came in and came back to the mainland when the opportunity came.

“Donegal – where cows emerge from the sea,” Caoimhe joked.

It certainly wasn’t ‘Freisian’ during the dip, as temperatures were well into the 20s this weekend.

Cows on beaches in Donegal are not an uncommon sight, but this video is making headlines worldwide and has been picked up by news channels in the US and Canada.