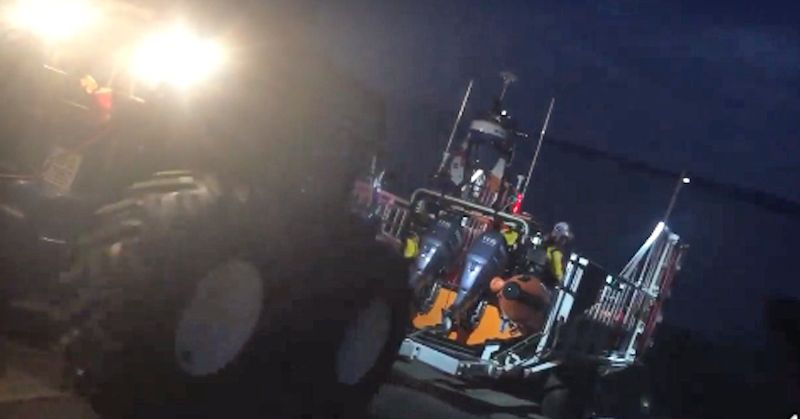 Eight people were brought to safety in an overnight rescue on Lough Swilly last night.

The alarm was raised shortly before 8.30pm when a small cruiser had a mechanical failure.

Rescue volunteers with the Lough Swilly RNLI were tasked to the scene and successfully brought the vessel and all eight people to safety. The cruiser was brought to Buncrana Pier.

This video from RNLI Lough Swilly shows the lifeboat being towed into Ned’s Point:

The mission was hailed as a success and the Inshore Lifeboat was returned to Ned’s Point to be refuelled and made ready for service again.