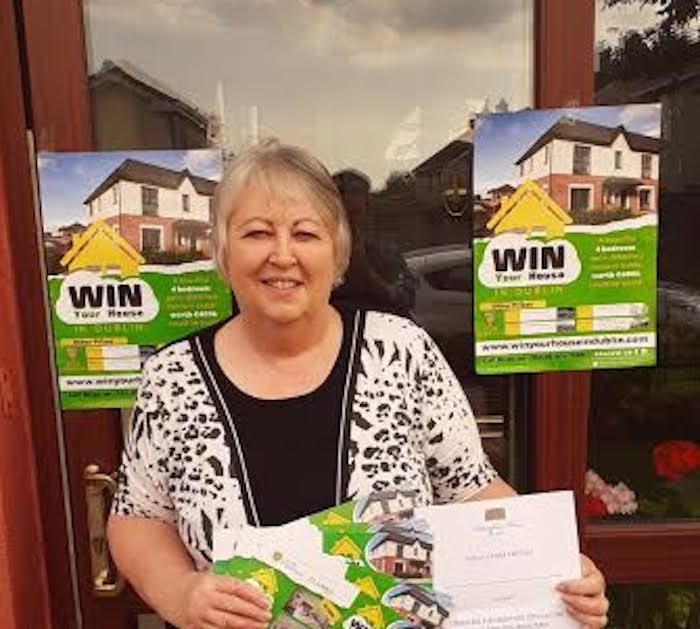 DONEGAL County Board Chairman, Mick McGrath, is appealing to Donegal GAA supporters from all corners of the globe to support the Win Your House in Dublin Draw which will help complete the €6.5 million Donegal GAA Centre in Convoy.

Last month the draw committee restarted selling the €100 tickets for the monster draw which has a first prize of a luxury four-bed semi-detached house in Dublin worth €400,000.

Following the outbreak of Covid-19, the draw organisers suspended ticket selling and rescheduled the draw to Friday, December 4th, 2020.

In an impassioned plea, the county chairman is asking for a buy-in to the major fundraising drive from Gaels based both at home and abroad.

“There are many Donegal GAA supporters living in all corners of the world,” the chairman said.

“Over the last six months, they, like ourselves, have seen their working routine and day-to-day lives changed with the outbreak of Covid-19.

“We know that many of them are connected to their home club notes each week though email. It’s a vital piece of news they look forward to receiving every week.

“The Donegal GAA House Draw Committee are asking all clubs to carry the message through their club notes and Facebook pages, to the many diaspora abroad, about the construction of our new Donegal GAA Home in Convoy.

“This new centre is due to officially open in 2021 and will accommodate all the requirements for the Donegal GAA going into the future. We need to try to secure the much-needed support of the Donegal GAA supporters outside of the county by letting them know that the funding to build this centre can be greatly assisted by them purchasing a €100 ticket.

“It also provides them with the opportunity to win a four-bedroom house in Dublin, and assist one of them with hopes of relocating to Ireland to return home,” he added.

In recent weeks the hugely impressive state-of-the-art facility has been showcased to officials from the Donegal GAA clubs and members of the local press. All those who have been afforded a tour of the centre have been extremely impressed.

Speaking to local reporters at the Donegal GAA Centre recently, Mr McGrath revealed that the spend on the project is currently running at €5.1 million. The aim of the draw committee, he added, is to sell all 15,000 tickets and just over half of these have been sold to date.

Meanwhile, a Galway woman was the winner of the ten free Win Your House in Dublin Draw and a two night stay in the Allingham Arms Hotel in Bundoran in the latest bonus draw. Mary Whyte from Renmore (pictured) bought her ticket online. The draw organisers will be running another bonus draw over the coming weeks.

Tickets for the monster draw can be purchased online at www.winyourhouseindublin.com

Tickets can also be purchased through all clubs in the county.