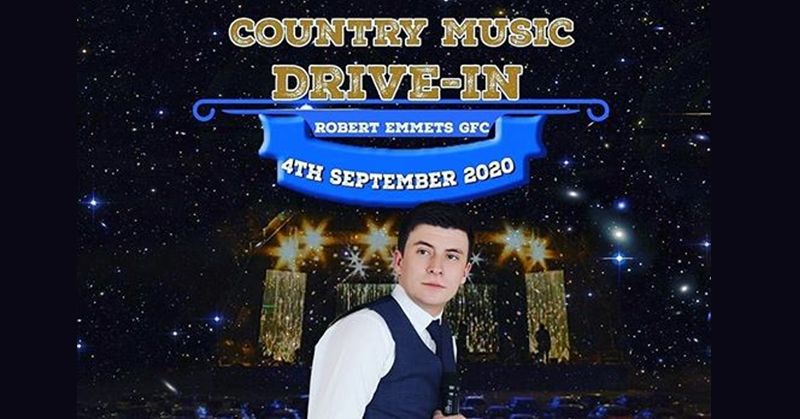 Chrissy Mac is back with a special drive-in concert

It may not be a honky-tonk bar, but there will be plenty of honking at a unique drive-in concert in Castlefinn.

Country singer Chrissy Mac is set to perform a Drive-In Concert in Robert Emmets GAA club Castlefinn to raise much-needed funds for the club on Friday the 4th September.

Attendees can roll up and enjoy live music from the comfort of their cars.

Chrissy will be joined on the night on a gig rig by his talented 4 piece band with full stage and lighting to give everyone a night to remember.

Extra precautions have been implemented to make the gig as safe as possible for everyone attending, but also to make it enjoyable too.

Tickets are selling extremely well at only 20euro per car max of five people per car. Tickets are available from Robert Emmets GFC Castlefinn or call 0831000282

Organisers had originally planned for people to be able to exit their car and sit around their own car but unfortunately this had to change due to the new COVID-19 restrictions:

“But we promise people we are pulling out all the stops to make this event enjoyable for everyone attending and also hoping to raise money to help the club get through this year,” said the organisers.

For more information check out Chrissy Mac Music on Facebook.

Chrissy Mac is back with a special drive-in concert was last modified: August 19th, 2020 by Staff Writer

SMILE because you own it with a...