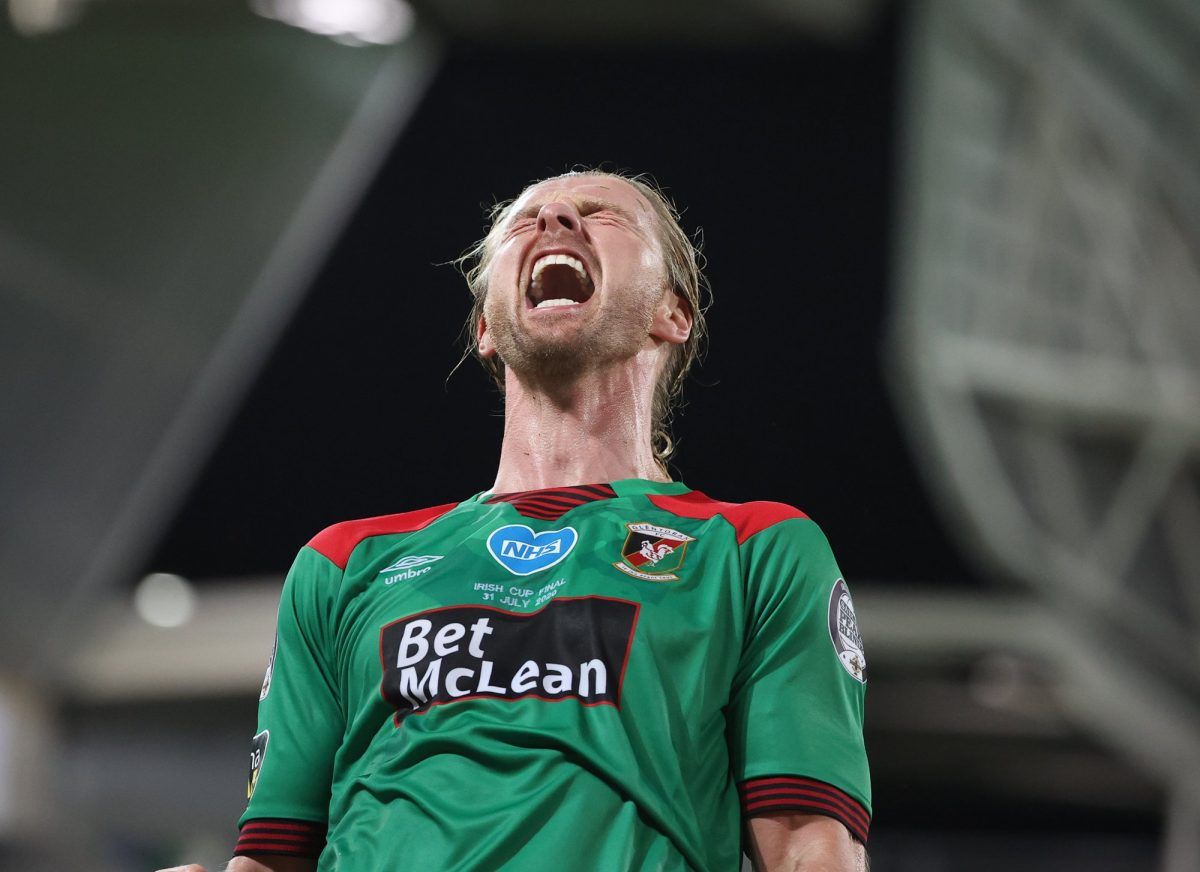 Cowan eyes up Motherwell after win on Europa League debut

The Glens defeated HB Torshavn 1-0 last night with Robbie McDaid volleying home the winner late in the first half.

The preliminary round tie hung in the balance, but Cowan and company held firm to keep the sheet clean at The Oval.

Last night was Cowan’s European debut, the Ramelton man having joined Glentoran in late 2019 after a long career with Finn Harps.