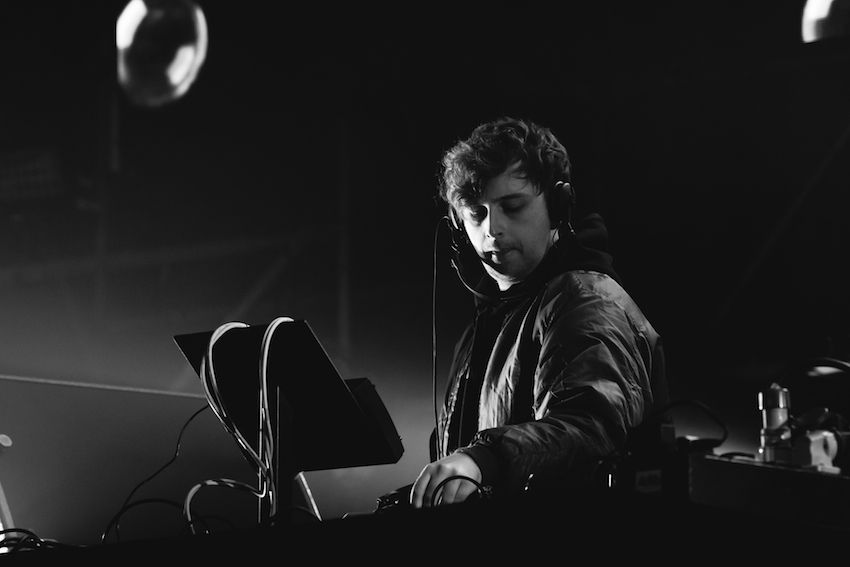 A LETTERKENNY DJ and music producer will feature tonight on the prestigious Essential Mix on BBC Radio 1.

The long-running show, which features an uninterrupted two-hour mix from a different artist each week, will this week highlight popular Letterkenny artist Reuben Keeney.

Operating under the alias ‘Rebūke’ since 2018, Reuben has become a popular feature and his December 2018 track ‘Along Came Polly’ spent two months at number 1 in the Irish dance charts.

Now on Friday night-Saturday morning from 1-3am, the sound of Rebūke will air to the Essential Mix’s legions of followers around the world.

“I’ve wanted to get on there more than anything and it’s a massive achievement, a massive milestone,” Reuben told Donegal Daily this week.

“The Essential Mix has been going for so long. Every DJ wants to check it off their list. It signifies progress. For me, personally, I’ve been listening to it from I was 12 or 13. It’s quite exclusive.

“Within the dance industry, it’s one of those things that has never gone away and has been there every weekend. In the 1990s, it was really prominent in the era before internet radio and Spotify. The Essential Mix was the way to discover new music and it’s still very prominent today. It’s massive to get on it.”

The Essential Mix has been running since an October 1993 show featuring Pete Tong.

The young Reuben was captured by the likes of Paul Van Dyk and Sasha playing in Letterkenny.  He started mixing tunes as young as 13.

He said: “I’ve been doing a lot of touring and visiting new territories. I’ve just been trying to build a fan base and service a fan base in new countries and also releasing more new music.”

Lockdown brought the challenges of dealing with the wipeout of a loaded diary and the cancellation of 120 gigs, but opportunity knocked too.

He said: “I got a lot of time to sit down and work on ideas that I’ve been looking to finish.

“I’ve missed a lot of gigs, but I’ve looked at the positives.  You just have to roll with the punches and get on with it.

“It was a good time to get back into the studio. I was doing a lot of live streams from the studio and trying to go live in cool areas around the town; we found a massive, unused warehouse where we did a live stream from. It was massive. It’s been good to reconnect with people.

In a 2018 interview, Reuben described himself as ‘just a sham from Letterkenny with an ear for a decent tune that kept at it for years and it seems to be starting to pay off’.

He said: “I try not to take things too seriously. I’m spoiled because I get to fly all over the world and discover new places. I’m still very much the same guy who was running around Letterkenny playing music.”

Of the evolution of his sounds since he first started spinning records, he said: “The principal is the same, but it has changed a lot in terms of how I compose music and put it out there. That took ten or 12 years of trying this, dipping into that. It’s been different things and that has led to the sound that I have today.

“The people who influence me the most are the people I work on through record labels. I don’t have my own record label – yet – so I usually release on other DJs who are idols in the field like Adam Beyer and Jamie Jones, people I release music with.

“I look up to them. It’s funny because now that I’m in the circuit a little bit, I rub shoulders with these guys, where five years ago I would be looking at them thinking: ‘I’d love to be there some day’.

“To this day, I still get star struck at bigger festivals, playing with these guys.”

In the last couple of years, he has supported Deadmau5, Alan Fitzpatrick and The Chemical Brothers.

Rebūke was born in 2018, a project that originated at Outhouse, based out of the Fifth Avenue venue at The Orchard in Letterkenny.

He said: “Outhouse came to an end when I was touring so much. Trying to run a club night while being on the other side of the world wasn’t going to happen.

“Outhouse, I’ll always be grateful for. I met a lot of people who are part of my team through Outhouse, be it booking DJs or playing along with them.

“A lot of those guys, I chat to at festivals and we talk about the time we met in my home town, Letterkenny. That’s where I honed the early Rebūke records.”