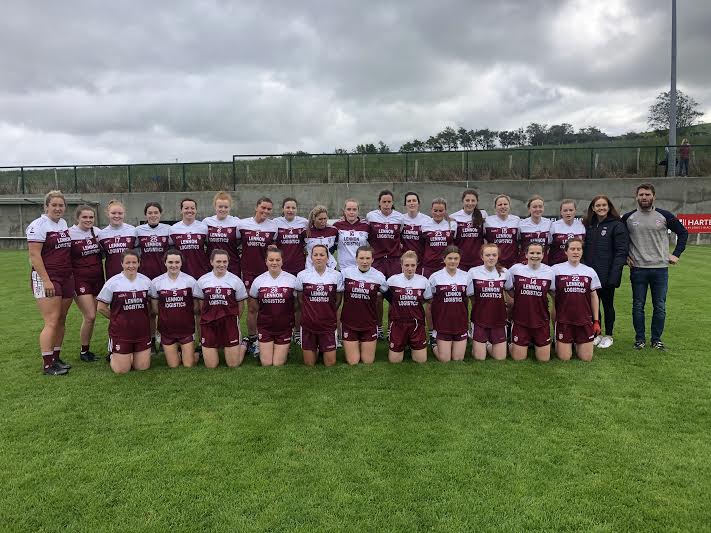 TERMON punched their tickets back to another county final after powering past a gallant Naomh Conaill at The Burn Road.

Termon took their time and didn’t hit the high gears in this semi-final, but Sean O’Donnell’s team, the reigning champions, are back in the final.

Geraldine McLaughlin scored 2-3 in the second half after teenager Ciara McGarvey netted a penalty just 40 seconds after the re-start.

Naomh Conaill’s defensive game kept Termon at bay in the opening 17 minutes, by which stage a brilliant early point by Joanne Gallagher had the visitors in front.

Roisin Friel boomed over to get Termon on their way and Roisin McCafferty followed up with an excellent score from out the right-hand side.

McCafferty arched over to put Termon 0-5 to 0-2 in front at half-time with the home side finally finding a way through the crowded Naomh Conaill defence.

The surroundings were strange with the new government regulations precluding spectators, save for a handful of club officials.

The atmosphere was eerie and hardly in keeping with a semi-final, this the latest episode in a growing reel that shows the contradictions and consequences of those regulations all in one.

In the opening minute of the second half, Termon – who had to overcome a first half injury that forced the influential Bridget Gallagher out of action – got their first goal. Jodie McFadden was fouled and McGarvey stepped up to tuck past Bronagh Gallagher.

An excellent Shana Quinn point kept up the fight for a Naomh Conaill side that was certainly game for the contest.

A magnificent point from Friel widened the margin while Gallagher saved superbly to keep McGarvey from bagging another goal.

Alanah McDonnell broke clear to score a late consolation goal for Naomh Conaill, but McLaughlin riffled to the bottom corner in added time.

The second semi-final, between Glenfin and Moville will be played next Sunday.

Termon await and will hardly dwell for too long on this.