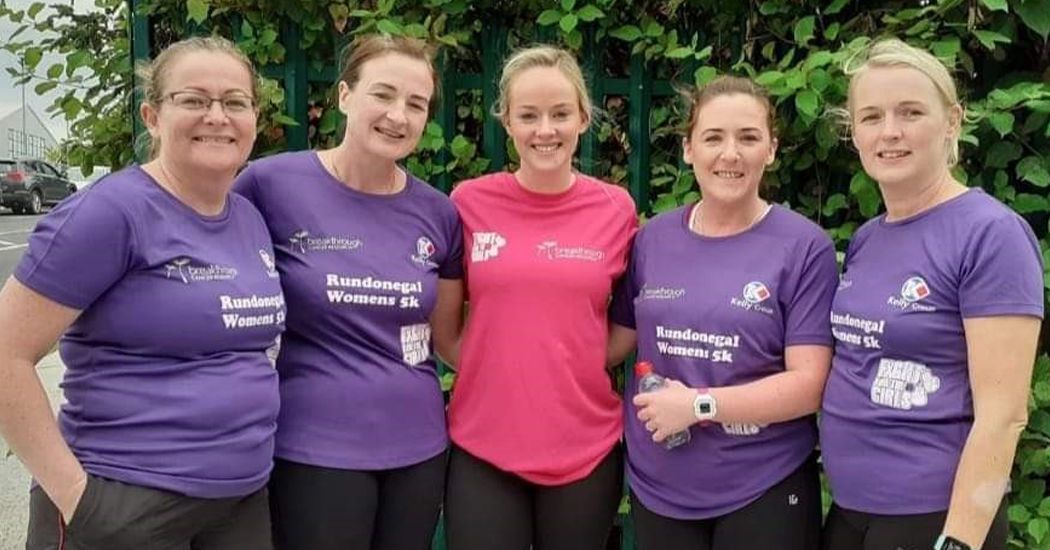 The organisers of the 2020 Virtual RunDonegal Women’s 5K have said they are overwhelmed by the response to this year’s event which saw over 1,000 taking part and over €10,000 raised.

“We are delighted and humbled with the turnout,” commented event organiser, Grace Boyle.

“When we were forced to reschedule the race from April because of the Covid-19 restrictions, we weren’t sure if we were going to have an event or not. But once we decided to proceed with an event – be it virtual or otherwise – the backing we got from all over was absolutely brilliant,” Grace added.

“Around 1,050 registered to take part in the 2020 Virtual RunDonegal Women’s 5K which is fantastic. We had people from both at home and abroad participating and I’m delighted to say it is the biggest ever women only participation event in Donegal. It has been a long run-in to this year’s event, but the charity is once again the real winner.”

The proceeds of the annual fundraising event are going to the Brid Carr Fund set up in memory of Brid Carr from Glencolmcille to fund ovarian cancer research.

“Attracting 1,000 participants was something we always aspired to and it is somewhat ironic that we managed to do this in a year when there was no actual race. This shows that there is a great appetite among women to get out and get involved. Hopefully we can build on the success of this year. We look forward to being able to stage an actual race next year, all being well,” she added.

“Every single cent raised is going to the fund. This year’s event has raised over €10,000 and that that is something everyone associated with the race can be proud of.”