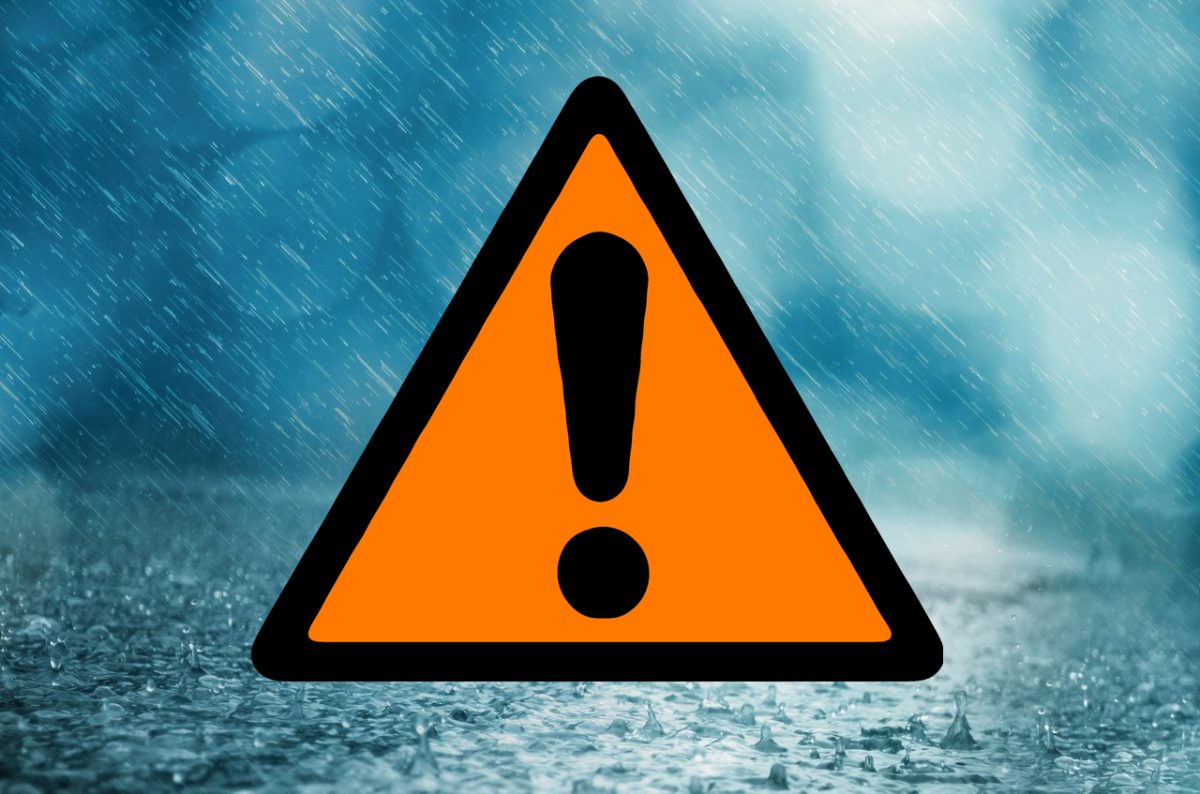 Met Eireann has raised the level of tonight’s rainfall warning to Status Orange.

Donegal, Connacht and southern parts of Munster and Leinster are set to be hit with “intense rainfall” tonight and tomorrow with Storm Francis.

Flood warnings have been issued as rainfall accumulations of 40 to 60mm (higher values in mountainous areas) are expected in areas.

Met Eireann is warning that some flash flooding is likely. “This rainfall will further elevate river levels and may result in river flooding also,” forecasters said.

The weather alert is valid from 9pm tonight until 5pm tomorrow. All other counties will be under a Status Yellow rain warning.

Tonight, Donegal will experience very wet and rather windy weather with heavy persistent falls of rain. The forecast for Tuesday is: “Very wet and windy on Tuesday with some torrential downpours and the continued risk of flooding. Cyclonic variable winds will veer west to northwest, increasing fresh to strong, and reaching gale force along parts of the coast. Some mild sunny spells possible too; highest temperatures of 17 to 19 degrees Celsius.”

The coming days will stay very unsettled, however the weekend will bring drier and quieter conditions.