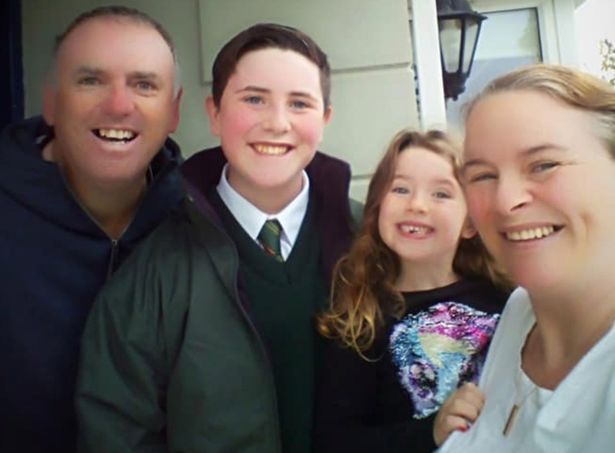 Tragic Mullan family to be laid to rest today

The Donegal seaside town of Moville will come to a standstill today when a father and his two children are laid to rest following a horrific car crash.

John, Tomas and Amelia Mullan will be buried after 11am funeral mass at St Pius X Parish Church this morning.

The children’s heartbroken mother and John’s wife Geraldine, 45, will lead mourners at the funeral.

Mrs Mullan, a nurse at Letterkenny University Hospital, was the only person to survive when the family’s car slid across a wet road on Thursday night last at Quigley’s Point and careered into Lough Foyle.

Mrs Mullan managed to climb onto the roof of the upturned car and was rescued a short time later but her husband and children perished.

In keeping with Government guidelines on Covid, only a small number of people can attend today’s funeral.

However, hundreds of people are expected to line the route from the family’s home to the church.

The funeral mass, which will be conducted by parish priest Fr Pat O’Hagan, will also be streamed online on www.movilleparish.com 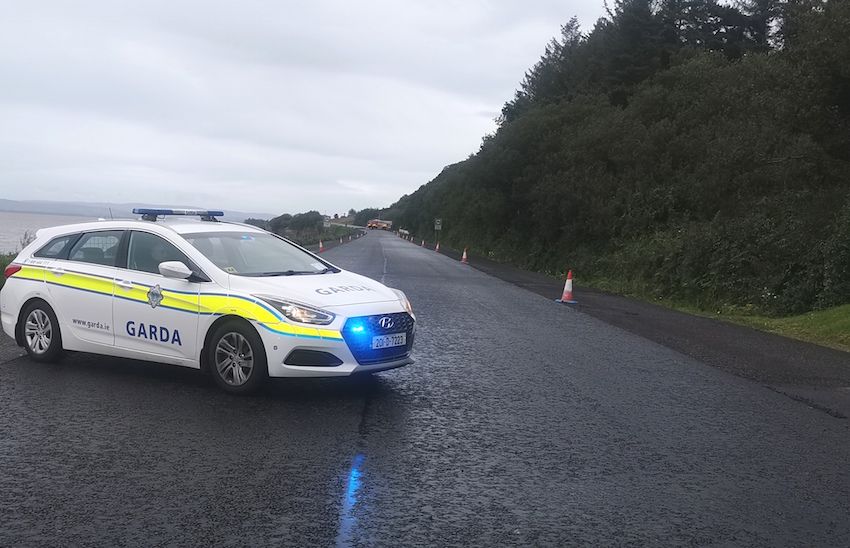 Among those who will attend the funeral mass will be Mrs Mullan’s family who will travel from her hometown in Williamstown, Co Galway for the solemn occasion.

Mr and Mrs Mullan met when Geraldine treated his ill mother and the pair gradually fell in love.

Garda are investigating if ongoing roadworks could have played a part in the accident which claimed the lives of the young family.

Forensic investigators are beginning a painstaking investigation into what caused dad John to lose control of the vehicle at Three Trees in Quigley’s Point.

One major aspect of their investigation is roadworks in the area on the R238 which were ongoing in the days prior to the tragedy.

It has been confirmed that the road where John lost control had been completely resurfaced just a couple of days beforehand.

It was also a wet and dark night when the tragedy occurred as the family returned from playing ten pin bowling in Derry.

Local people also claimed there was an extremely high tide that night and that waves were breaking over the embankment and out onto the road.

Road warnings about traffic repairs lined the side of the road where the accident happened.

It is also believed that some line markings along the road had not yet been completed before the accident occurred.

On Friday evening after the tragedy at approximately 6.15pm a line-marking truck arrived at the scene to carry out some work.

The Buncrana based Garda, who was at the scene of the tragedy just minutes after it happened on Thursday night, confirmed this will be one of many aspects considered by Garda forensic investigators.

He said “We still don’t know what caused Mr Mullan to veer off the road but we will carry out a full investigation into all the circumstances.

“I was a wet and windy night and the stretch of road where the crash happened had recently been resurfaced so that will form part of our investigation.”

It is understood that Gardai have yet to speak with Mrs Mullan about the moments before tragedy struck her family and changed all their lives forever.

However, her statement will give Gardai a vital insight into what happened and what forced her husband John to end up on the wrong side of the road before the family’s black 2011 Mitsubishi ASX ended up in the deep waters of Lough Foyle.