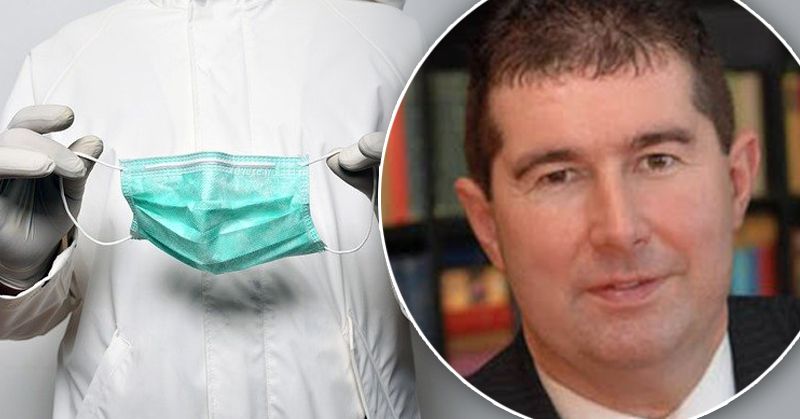 A Co Donegal hotelier says claims by a local doctor that there is a “huge” cluster of Coronavirus in Letterkenny had led to the cancellation of a number of rooms.

Hotelier and county councillor Micheal Naughton has called for Dr Dara Scally to elaborate on her claims over the situation.

Dr Scally posted a message on her private Facebook page making the claims on Monday evening.

She wrote “Be careful my friends. Coronavirus is here in Letterkenny.

“I don’t know why we, the public, aren’t told what’s going on. But me the doctor is. There’s a huge cluster here. Please stay safe.”

Dr Scally confirmed the post to Donegal Daily and said that local doctors have been alerted to the cluster in the community.

“The community is now the focus,” Dr Scally commented on the post.

Since then the post has been shared more than 4,000 times with more than 600 comments.

However, Dr Scally has declined to elaborate on the post.

Councillor Naughton said that eight rooms at the Clanree Hotel in Letterkenny where he is manager had been cancelled today as a direct result of the Covid claim.

He said other people from as far away as Galway and Dublin who had booked rooms were demanding to know if it was safe to come to Letterkenny.

He said “I’m not disputing Dr Scally’s claims but we need some more clarity on this matter.

“The current figures show that there are just two people in hospital in Letterkenny hospital with Covid and that does not suggest a huge cluster.

“People reading social media and reading Dr Scally’s post around the country think that Letterkenny is rife with clusters of Covid and that does not appear to be the case from these figures.

“We in the tourism industry and other industries around Letterkenny and Donegal have worked hard and followed all guidelines and regulations to make our county safe.

“The wrong message is being put out and we need to reassure people that we are still open for business and it is more than safe to come to Donegal,” he said.